This morning we say goodbye to Jerusalem and head south toward the Resort City of Eilat. On the way we stopped at Masada. This was the last strong hold for the Jewish people before being conquered by the Romans. If you don’t know the story be sure to watch the movie Masada staring Peter O’Toole. This city high on the mountain with steep cliffs on all sides was built by King Herod as a winter palace in the southern part of Israel very near the Dead Sea. But history is not sure that he ever really used the site. The first picture you see is the palace swimming pool. 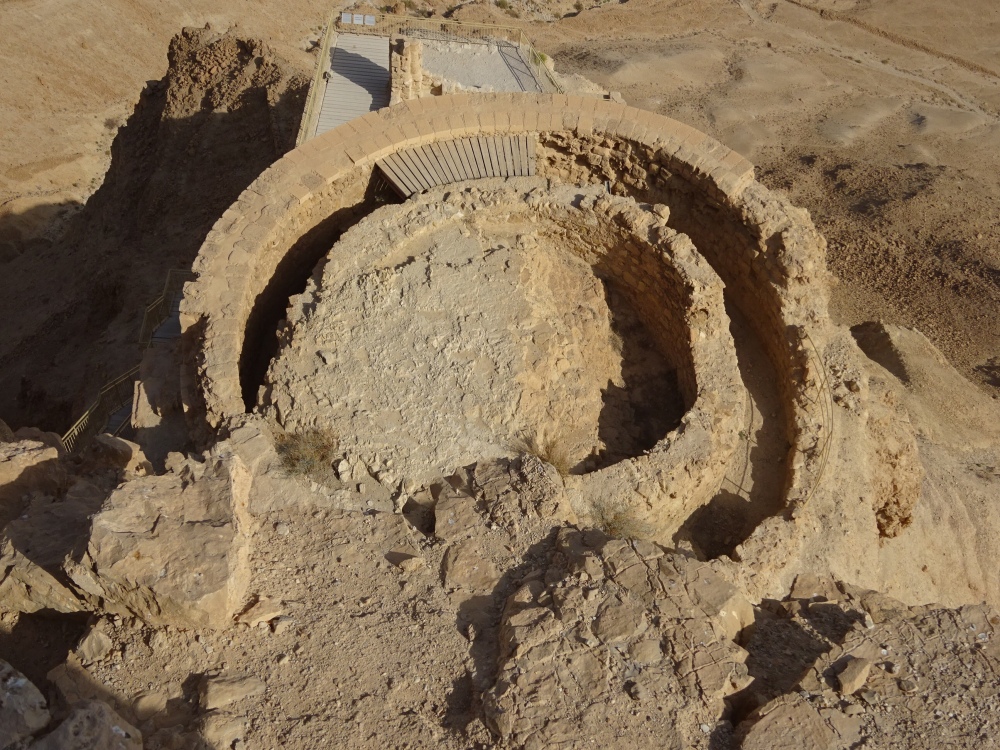 Here is a view of the mountain itself and some of the many remains of the city.

In the picture below you can see the aqua duct they used to bring the water into the cisterns. 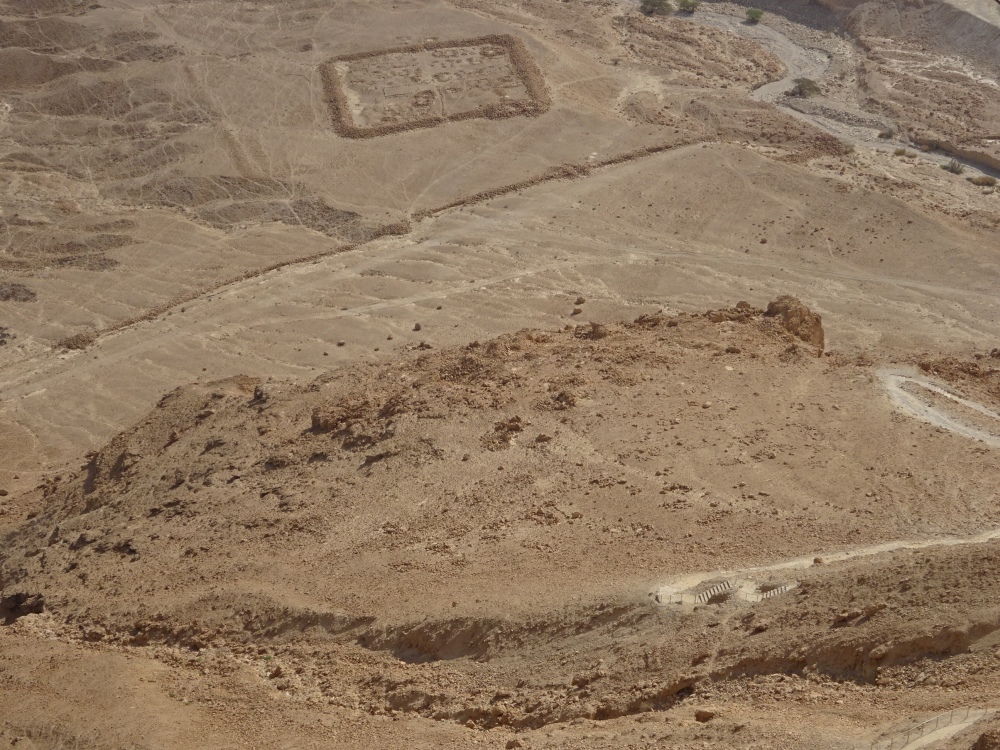 During the three years it took the Romans to conquer Masada they built a ramp made of soil to gain access to the gate of the city. Here below is the ramp they used to pull the catapults up to the gate.

And here are some of the “cannon balls” they used in the siege.

And in the end, when they broke through the gate, they found no one alive. All the Jewish people had killed each other rather than being taken as prisoners. Quite the story so do watch the movie to learn more.

Our next stop was the Dead Sea. William and I lathered up with the mineral rich mud and could not wait to get in.

The Dead Sea is so saturated with salt that instead of pebbles on the beach there are balls of salt which you can see there at our feet.

The water felt so silky on our skin and it was impossible to stand up. Matter of fact once we started floating it was pretty difficult to actually stand back up. 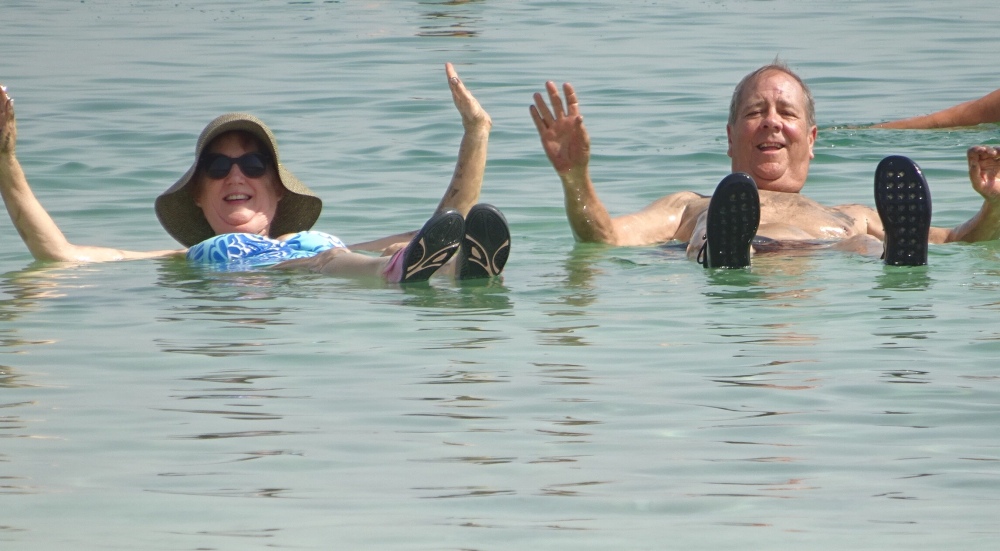 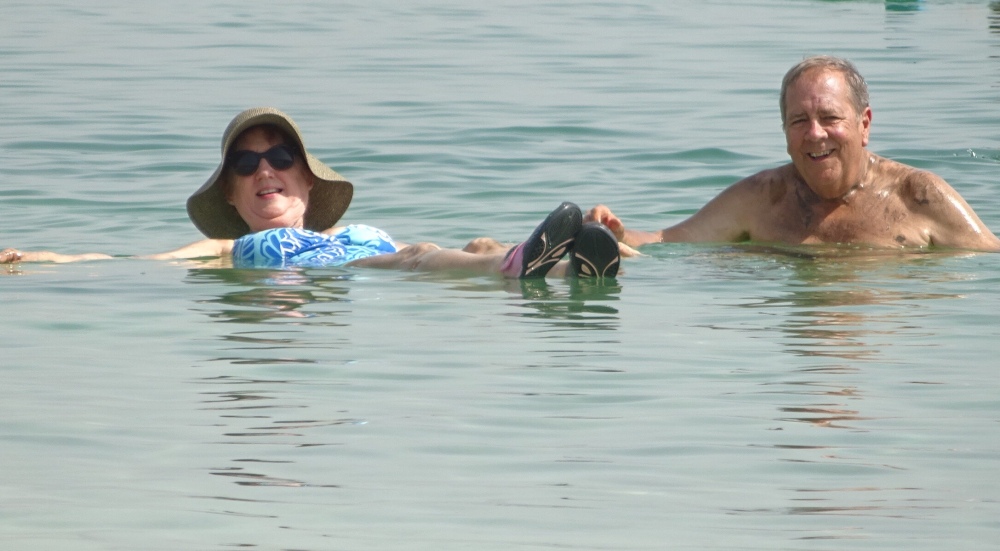 We certainly will never forget this experience. Our guide told us that the waters were very healing and that our 20 minute float would add at least 5 seconds to our lives. And at our age every second counts.