At our Airbnb apartment in Belgium this evening William says, “hey, we are right in the middle of the Ardenne Forest.  You should look it up and see what we can do around here.”    He continued to tell me about how in WWII the allied forces did not think that Germany could invade through the rough terrain of the forest but in fact they could.  I looked it up and sure enough he was right.  How does he know this stuff?

But then I continued to research more and found this.  So early the next morning we were off to Dinant.  We were just an hours drive away from the Meuse River and I could not wait to see this lovely little town.  The first thing we saw was of course the Cathedral. 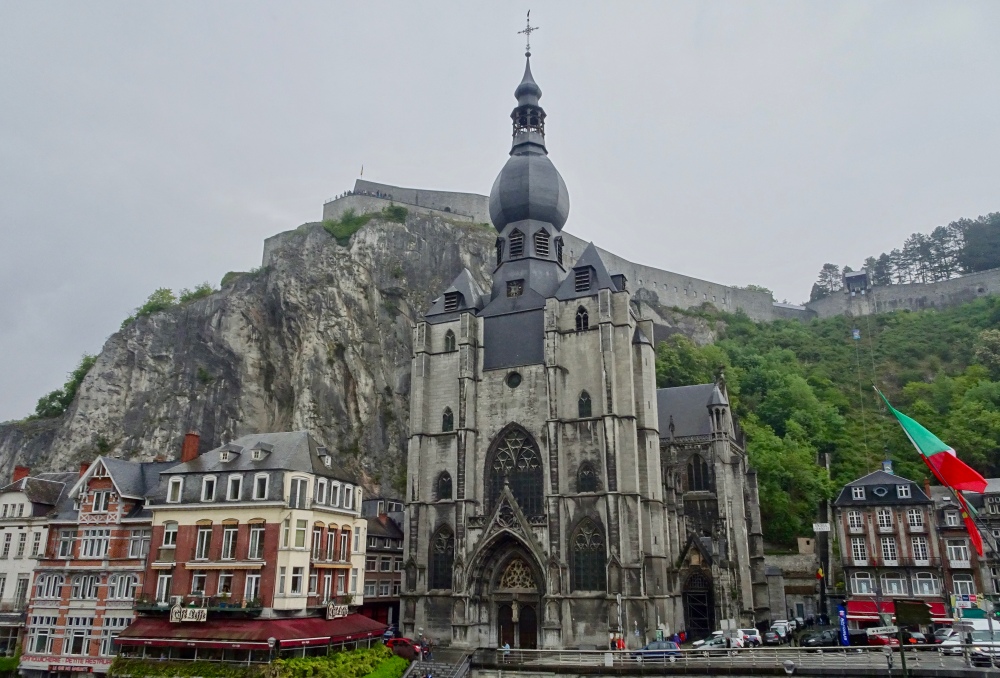 It was market day in Dinant and even though there was a little rain we had to take a look at the market booths.  The market was sort of like our Farmer’s market with fresh veggies, home made breads, and fresh fish from the Meuse River.

By then the rain had stopped so we strolled the little town.  The River was breathtakingly beautiful.

The Cathedral of course took center stage in the city.

When we walked across the bridge we noticed all these saxophones and wondered why they were there.  After a little google search we learned that Dinant was the birthplace of Adolphe Sax—the inventor of the saxophone. 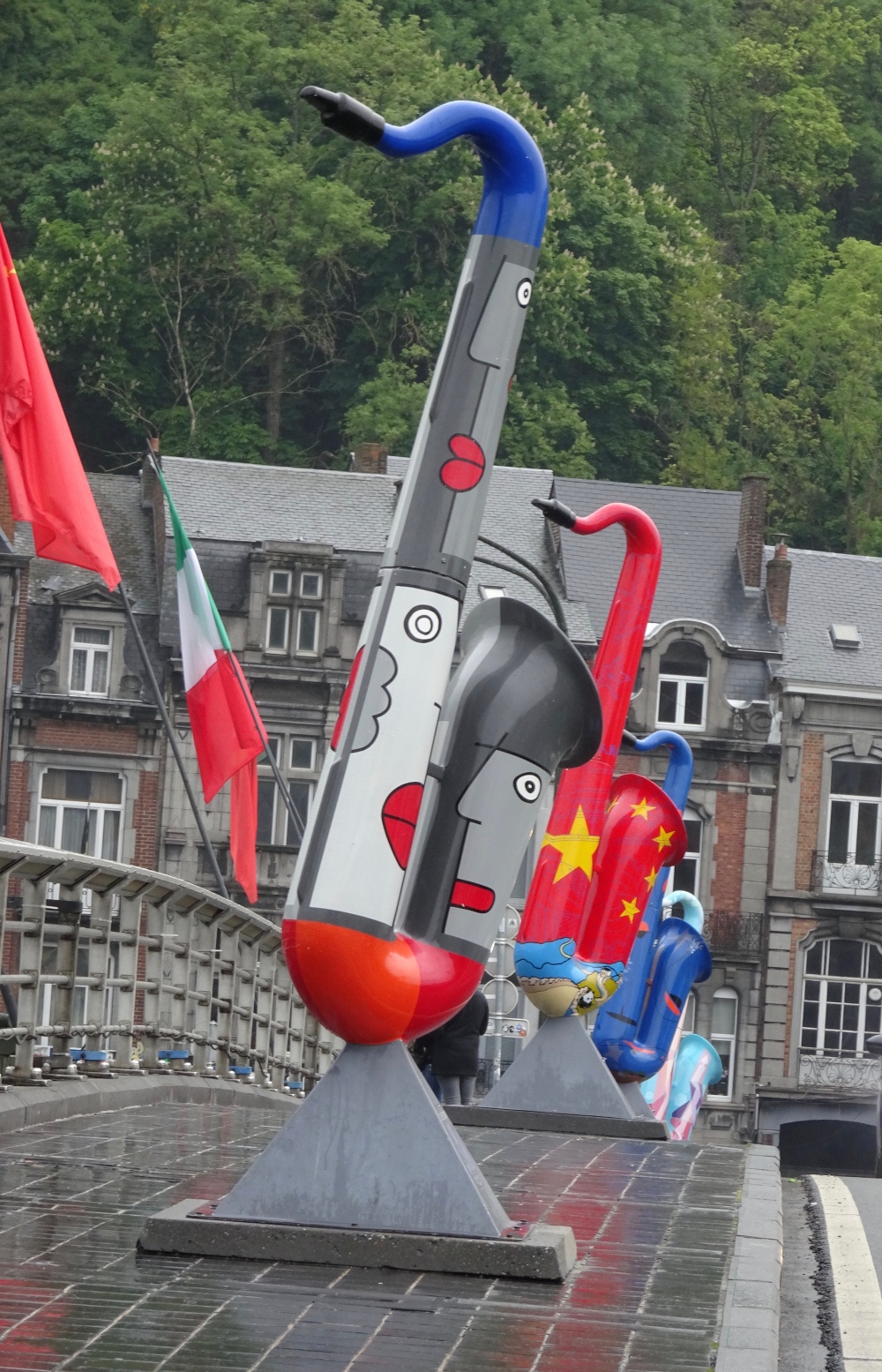 We would continue our drive from here through Luxembourg back into Germany.  Our destination for the evening was Bacharach.  Listening to Rick Steves before beginning our trip to Europe we learned that this would be a great place to stay for exploring the Rhine River and all its Castles.

When we got there we went to the River Dock to inquire about tickets for our trip down the Rhine the next morning.  There we met the Jefferson’s, a lovely couple from Colorado who spent half their time in Durham, NC.   They were selecting their Rhine River Cruise for the next day also.  We all got a laugh when we introduced ourselves.  Her name was RosaLee.