William and I started out early this morning to visit the Vatican Museum.  On the advice of our host here in Rome we had purchased our tickets in advance so once we arrived there was no waiting.  And believe me there was a lot of people there to see the Vatican.  We had the best tour guide, a young lady from Texas who was in Rome studying art.  Once we arrived on the first floor and got our first glimpse of the Museum we were amazed.  The Vatican Museum is something you will just have to see yourself to fully understand but I will share some of our favorite pictures here.  We were told that if you could spend twenty seconds in front of each masterpiece of art in the collection housed here it would take you approximately 12 years to do so.

Note*  If you click on the pictures they will open to a full size. 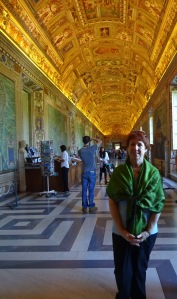 The ceiling of this long hallway is gold – matter of fact everything here that looks like gold is gold. 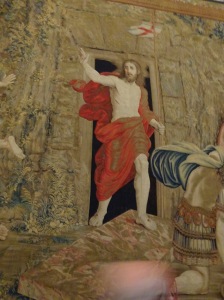 This painting of Jesus was quite interesting as His eyes followed you as you walked through this hall. 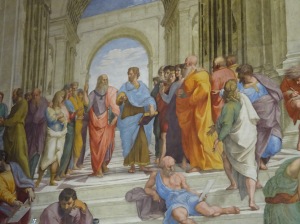 This painting by Raphael depicts all our ancient philosphers, scientists, religious men, poets and artists.  Plato and Aristotle are the two in the very center with Plato on the left in red.  Socrates in on the left in green.  Seated on the steps is Diogenes and to the left of him with his face resting in his hand is Heraclitus but he is depicted with Michelangelo’s face.

We were able to view the Sistine Chapel but no pictures or talking were allowed however you can View it here.

Our next part of the tour took us into St. Peter’s Basilica where we continued to be astounded. 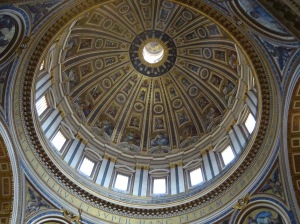 The paintings on the  dome in St. Peter’s Basilica is made all of mosaics and it is so tall you could put the Statue of Liberty inside and still not fill it.  Matter of fact, all the paintings in the Basilica were mosaics.

This is Saint Peter who holds the key to the Kingdom.

This was done by Michelangelo when he was only 24 years old and was his first commissioned sculpture in 1500.  It is his only signed work.  This sculpture captures the sadness as Mary cradles her crucified Son in her lap.

I almost forgot to include a picture of the outside of St. Peter’s Basilica. 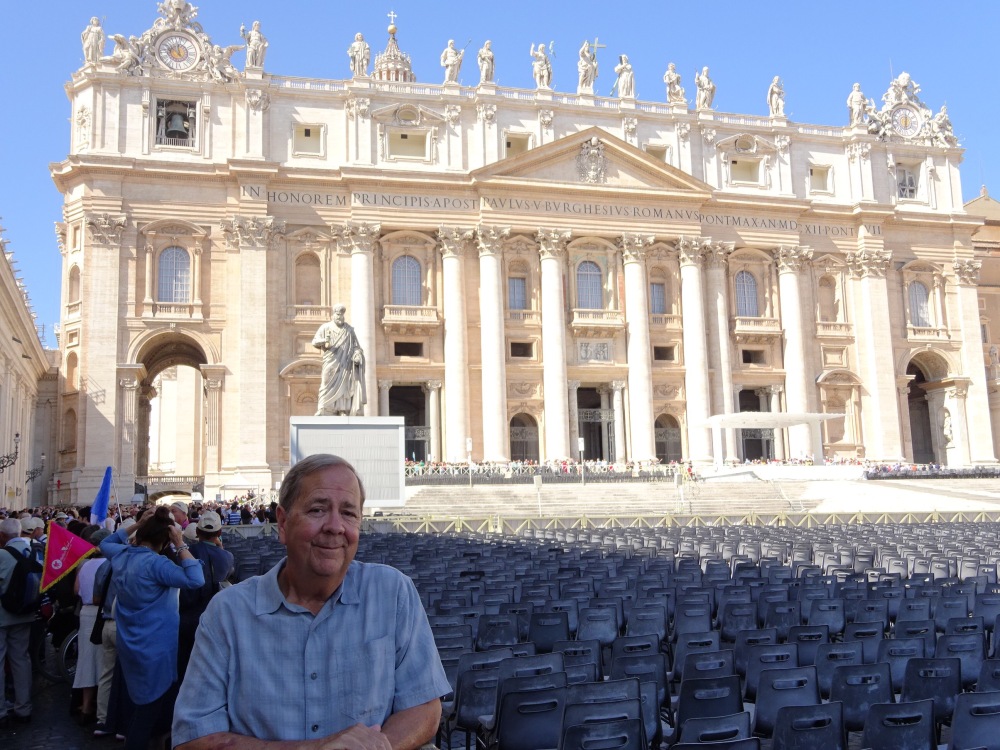