On our fourth day we drove to Kursi, on the east side of the Sea of Galilee. This is where Jesus went across the Sea of Galilee and when He arrived in Kursi he met the man with unclean spirits who had been chained and lived in the caves on the mountain. Jesus cast the unclean spirits out of him and put them in a great herd of pigs. The pigs then jumped into the sea and drowned. The people tending the pigs ran and told the others of the miracle but when the people came they ask Jesus to leave their town immediately. Now, were the people upset because of the miracle or upset that they had just taken a large financial loss? They valued pigs more than they valued people. Lon asked us to consider if perhaps we too might be valuing something more than people. Having our daily devotional time with Lon has helped to bring the Bible alive in our hearts.

These are the caves where Legion was living. You might ask how they know this was the place. In 300 AD Helena, a Christian and mother of the Roman Emperor Constantine asked her son to go around Israel and build a church at all the places that Jesus had performed miracles. Constantine sent a legion of his armies with his Mother Helena to the Holy Land and she would talk to the people to find where these miracles had taken place. So here is the church that she had the armies build here in Kursi just below the caves. 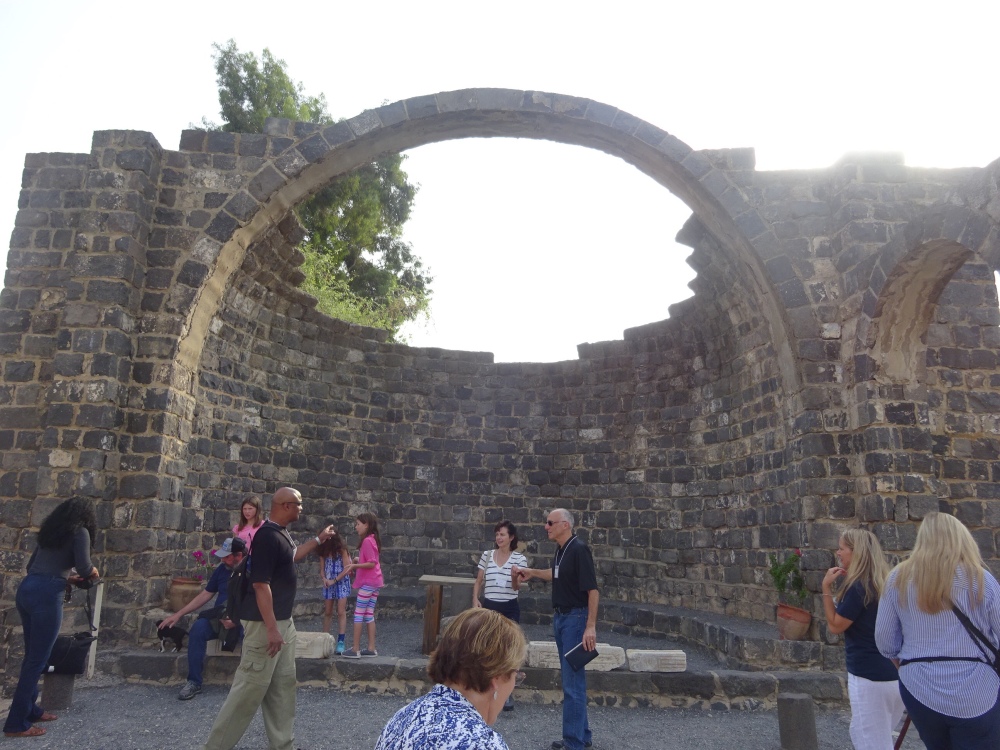 From Kursi we would drive south along the Jordan and Israeli border toward Jericho. Along the way we would stop to see the Ancient city of Beit Shean. It is truly an incredible archeological find. It is a Roman City so you will find an Ampitheatre, wide city streets, Roman baths, and all you would typically see in a Roman city. Beit Shean is where King Saul and his son Jonathan were hung on the city wall. This marker on top of the hill is where that would have happened. 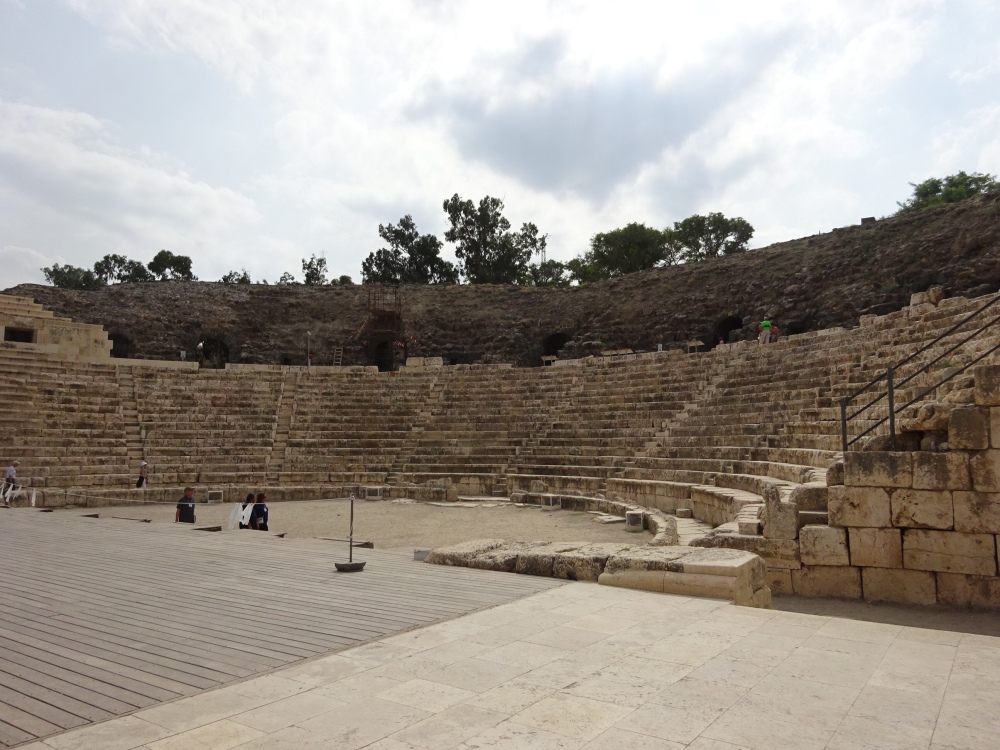 Continuing south we stopped for lunch at a second baptismal site on the Jordon River. Here you will see the border fence between the two countries and live mine fields from the 6 day war. 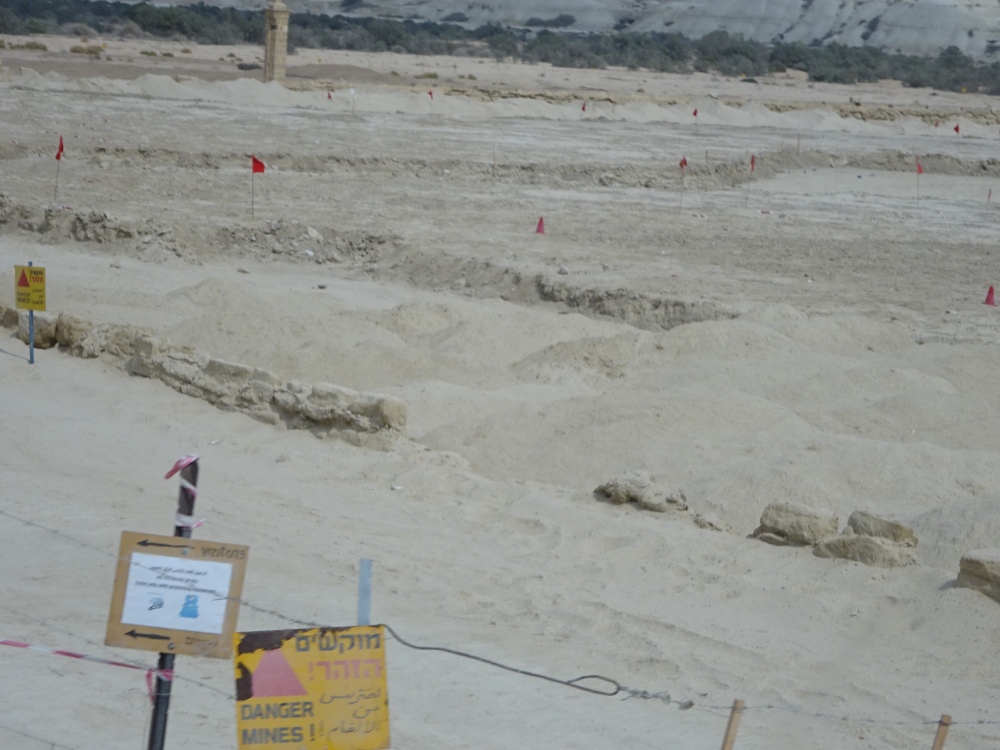 And just across the narrow Jordan River you will see the Church on the Jordanian side. 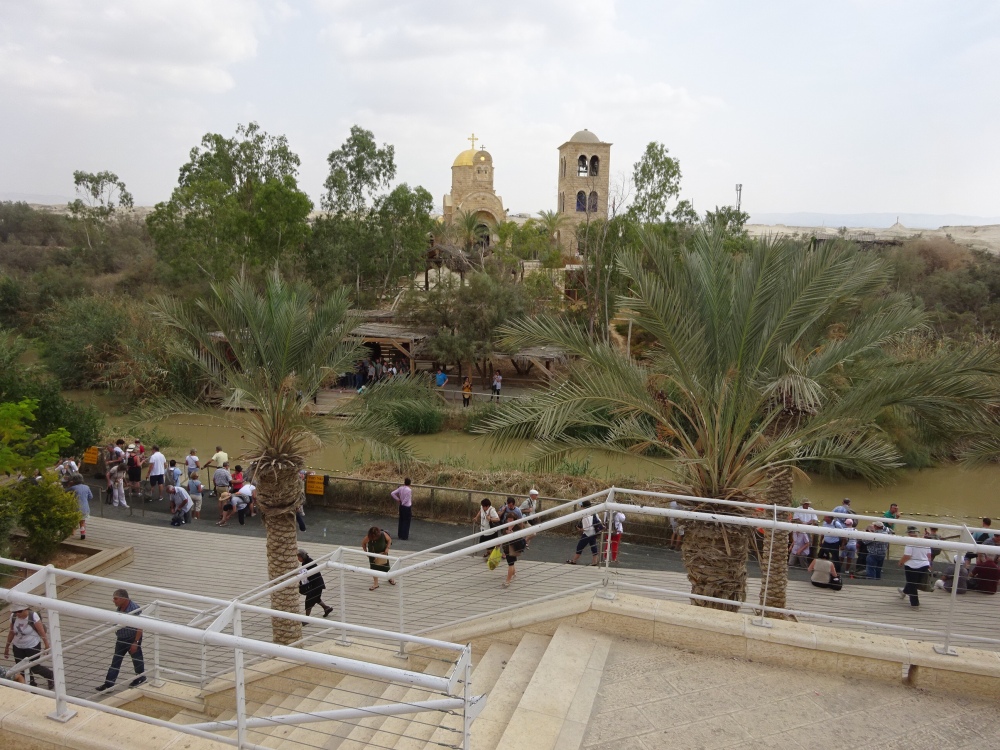 After lunch we continued on to Jericho and then to Jerusalem. As you can see our days have been packed full with much to do and see. Coming into Jerusalem has been my highlight of this trip but I will need to keep you in suspense before posting our arrival in the Holy City. I am simply too tired to give it justice but I hope to have time to post about it tomorrow.