It was difficult to say good bye to Slovenia.  This has been our favorite country in Europe so far.  We just loved the view from our Slovenian home, Villa Sava.

And as we left this morning we took a quick selfie in front of Villa Sava.  This selfie feature on our new camera is one we think we will really like.

The drive out of Slovenia and into Austria was so very pretty.

There were lots of tunnels that we went through and this picture also shows the GPS Nav that came with our Audi rental car.   This has been so helpful on this trip trying to find our way around Europe.

We finally made it to Vienna.  The funny thing is that only Americans call it Vienna.  Officially it is Wien.  We also believe that Austrians use German as their primary language.  We rented a very large 4 bedroom house outside the city for our stay.  It is way more than we needed but we looked forward to being outside the city and to having a nice home of our own.

When we woke up the next morning it was cold and rainy but what do you do?  You bundle up, put on a rain coat and grab the umbrella and head out.  And that’s just what we did.  We drove just a few minutes from our home to the metro station, parked and rode the train into the city.  We wanted to practice our camera’s selfie mode again so here we are on the train.

We got off the train at the Stephansplatz and walked out of the station to Vienna’s best know landmark – St Stephan’s Cathedral. 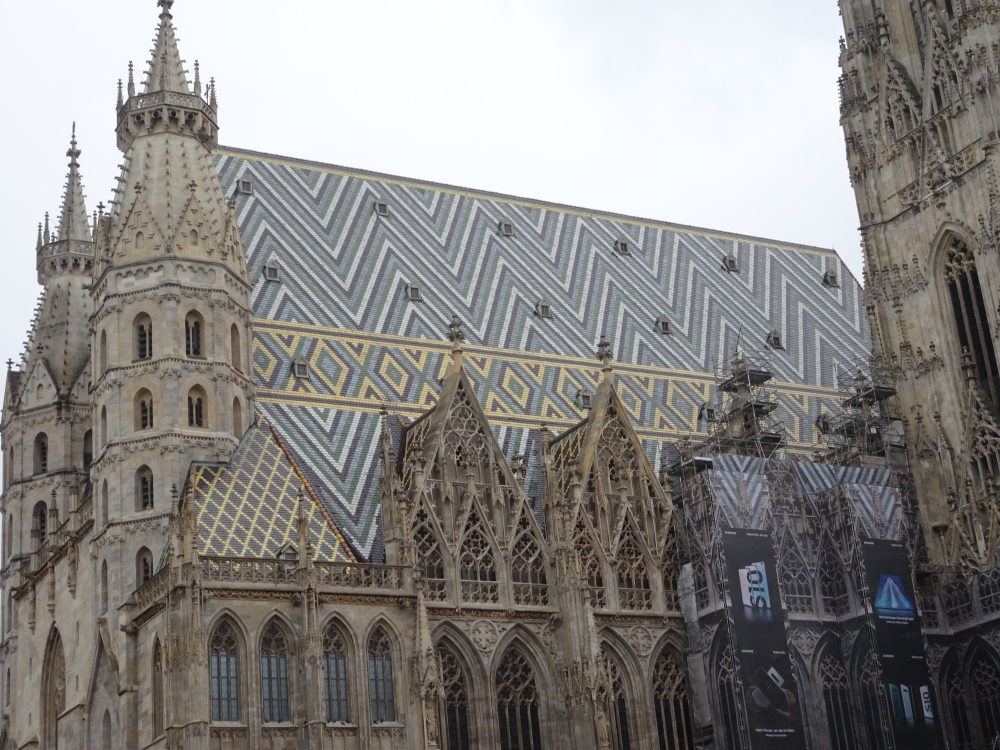 It was built in the 12th century and is one of the most important Gothic structures in Austria. On the roof of St. Stephen’s Cathedral, colorful roof tiles were laid to create the Royal and Imperial double-headed eagle and the coat of arms of the city of Vienna.

There are only a few of the original stained glass windows that remain today as most of them were broken by bombings during the WWII.

Here are a few shots of the inside of the Cathedral. 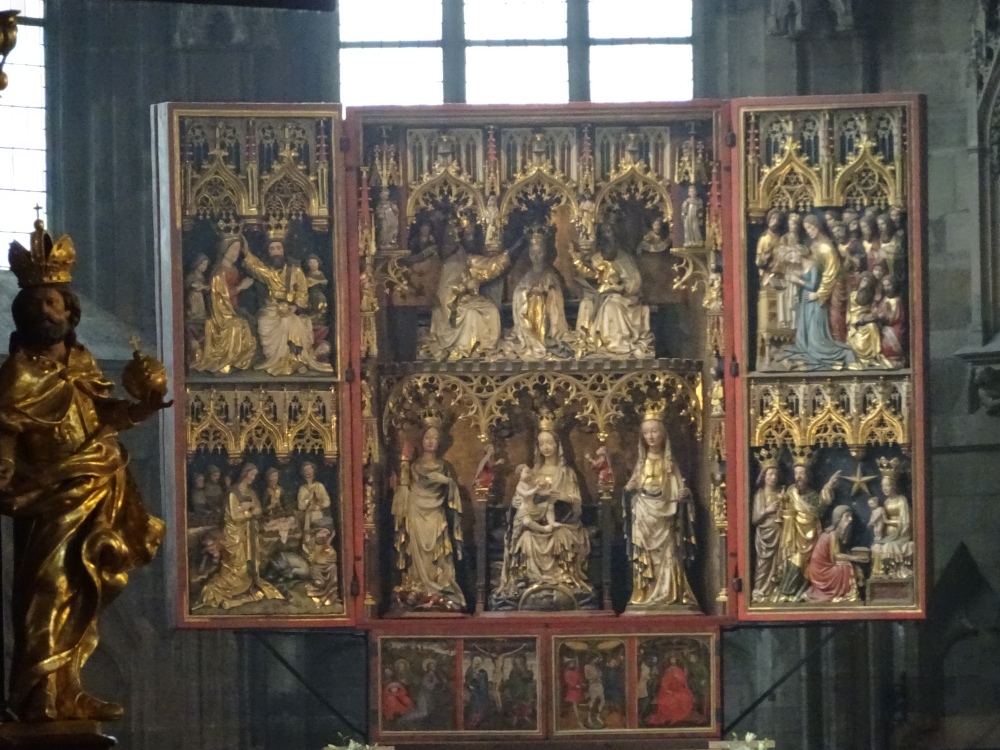 As we turned around to walk down another street we felt as though we were in Rome again.  In Rome no matter which direction you walked there was some important building or statue.  The same was true here and the buildings were so beautiful.  Here are just a few random shots that we took today as we walked. 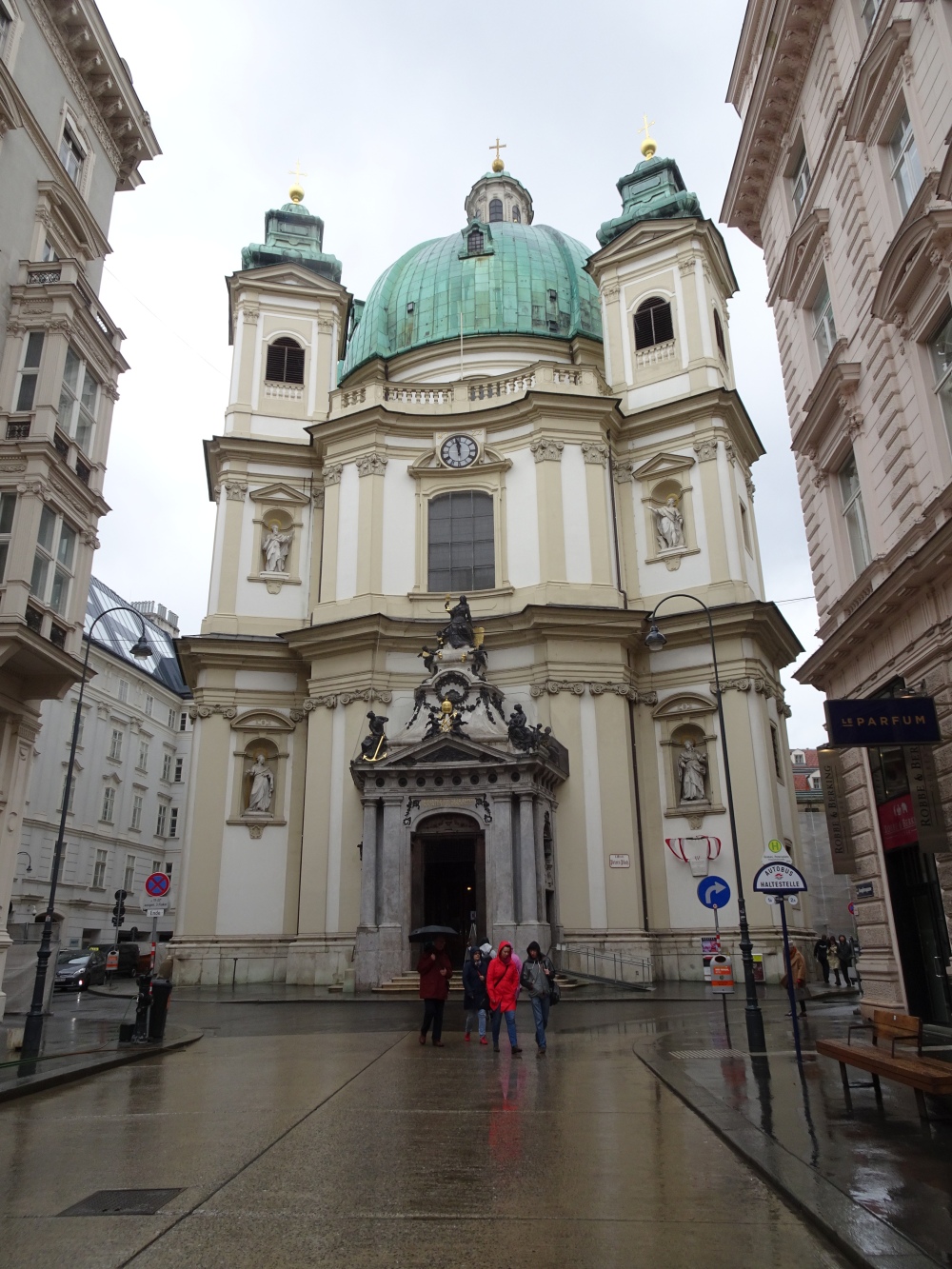 And then we walked upon this – The Imperial Palace. 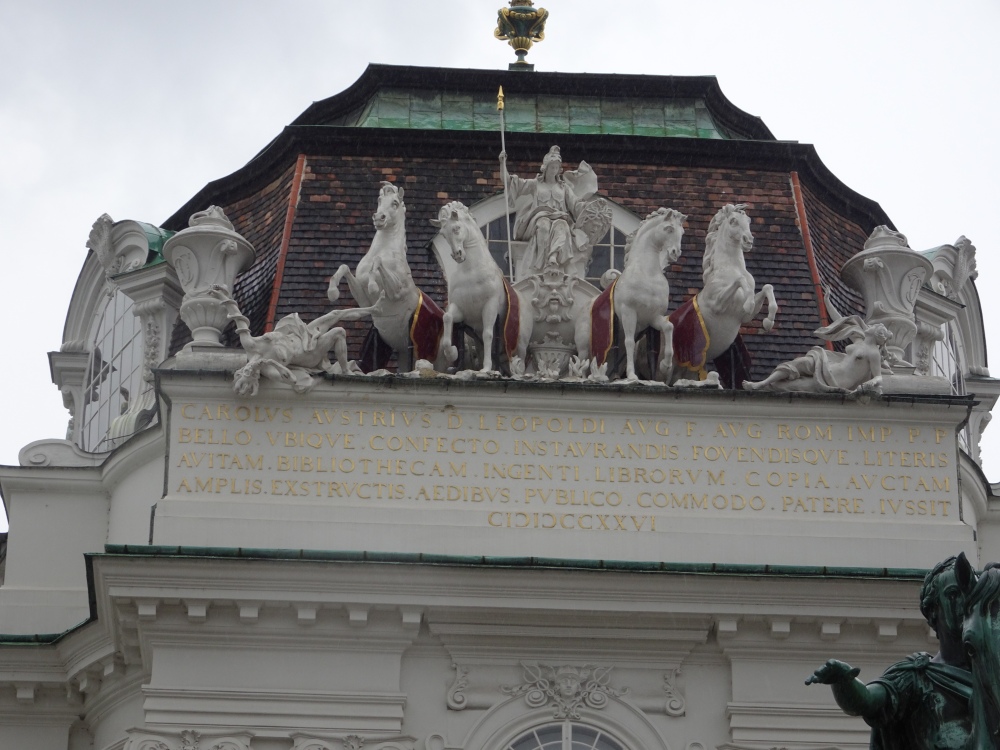 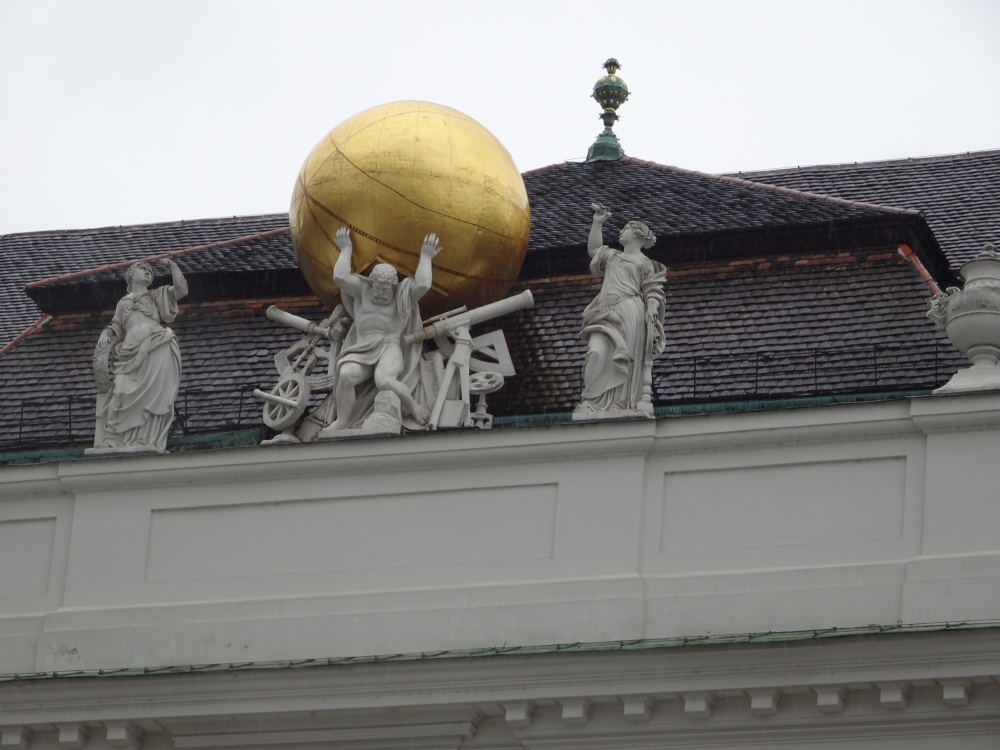 And just across the street we found the Lipizzan horses. 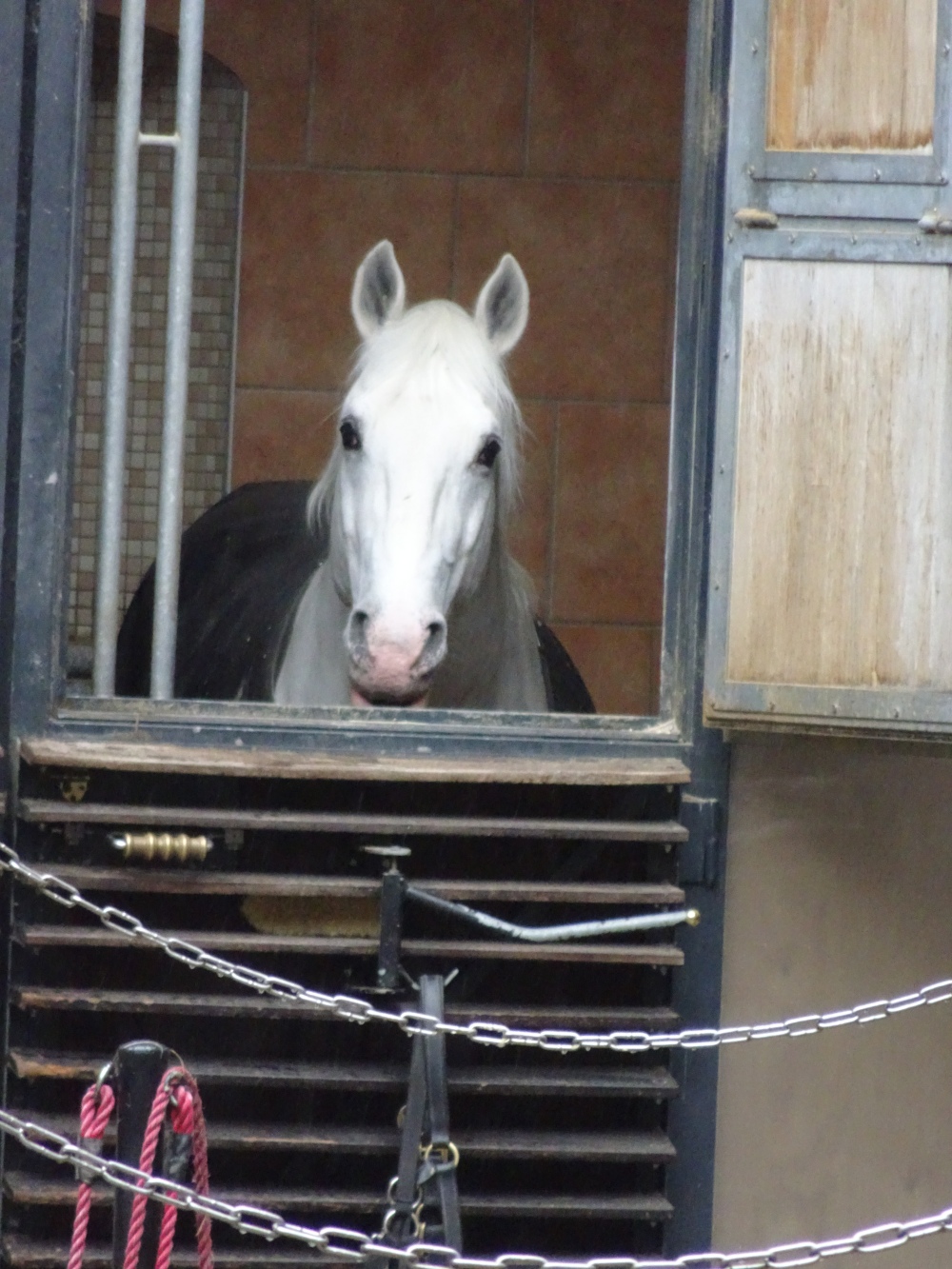 We were out walking the city for just a few hours today in the rain and cold and finally we decided to grab some lunch and head back to our Airbnb home.  Tomorrow is to be a really nice day so we will continue to explore Vienna more after the rain stops.