After leaving Berlin and Ravensbruck we drove west towards the Netherlands.   Our Airbnb was just outside the city so after getting settled in our place we headed out to the City Center.  The public transportation in Amsterdam was absolutely the easiest system we have ever used!  Everything was marked very well so we didn’t get confused on which direction to go and the bus and metro flowed flawlessly.  We took the bus from our apartment to the Metro station and then the Metro to Central Station.  There were so many people but more than that I don’t think I have ever in my life seen so many bicycles. We think these bikes were parked outside the station here so they could ride the metro.

And on the street there were so many riders that it looked like a bicycle highway.  The statistics are there are 800,000 people living in Amsterdam and 1.2 million bicycles.  We thought we would see really fancy bikes but they are mostly single speed regular bicycles.  Notice in the picture above the bikes with blue wheels.  Those are leased bicycles.  Everyone rides a bike in Amsterdam.

Here is a picture of Central Station in Amsterdam.

The first thing we did was to find the canals and see if we could get a boat tour of the city.  It was really cool to get an overview of the city going down the canals. 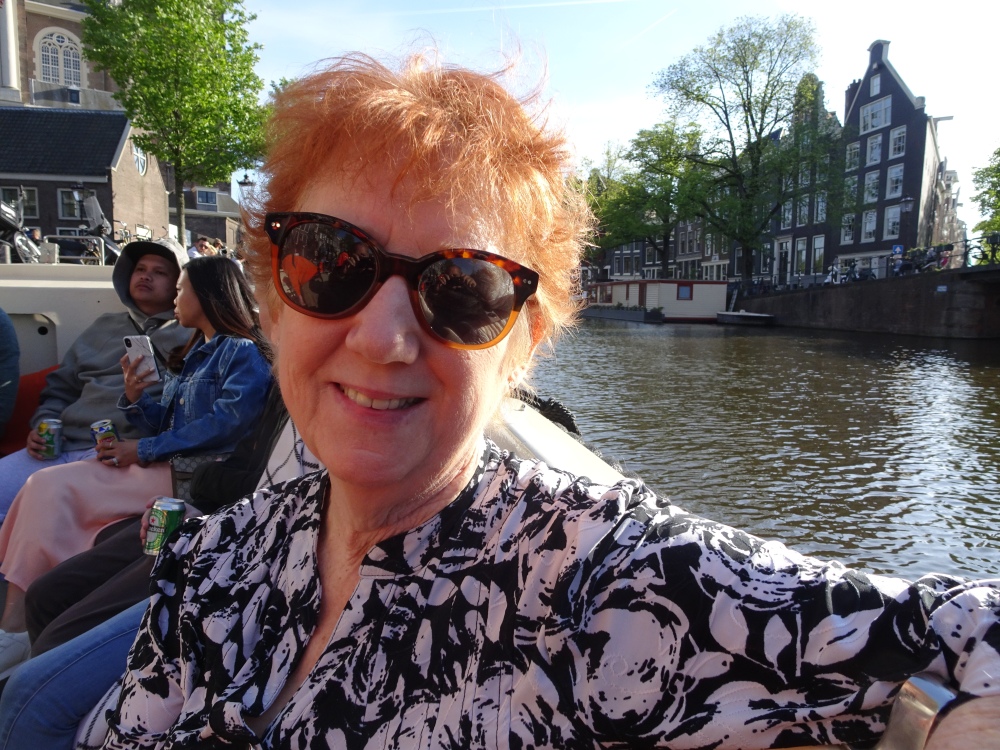 The houses in Amsterdam are typically very narrow and they lean.

This house was very narrow at the bottom and then wider at the top.

These hooks were used for raising and lowering goods and items into the houses as they all have very steep and narrow steps. 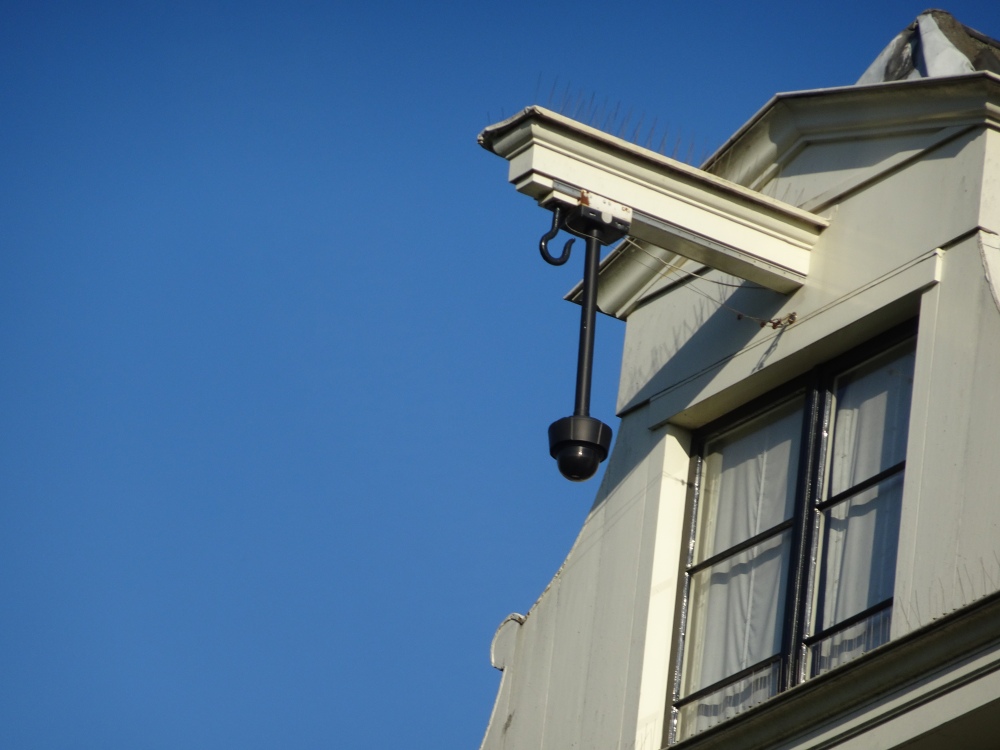 And this house is the smallest house in Amsterdam.  It sits just to the right of the darker blue house.  Notice it only has two windows.

We spent two days just wondering around the city center.  Amsterdam is a very vibrant and alive city.  But what I will always remember are the canals and the bicycles.