William and I flew into Minneapolis, picked up our rental car and headed North East toward Lake Superior.  On the way, we passed a sign that boasted of Minnesota’s best onion rings and so we thought a stop at Norman’s Quack’s to verify if the sign was correct was quite necessary.  We could not believe our eyes when they delivered our appetizer and to be sure, these were absolutely the best onion rings either of us had ever had.  Try as we might, there was no way we could eat them all. 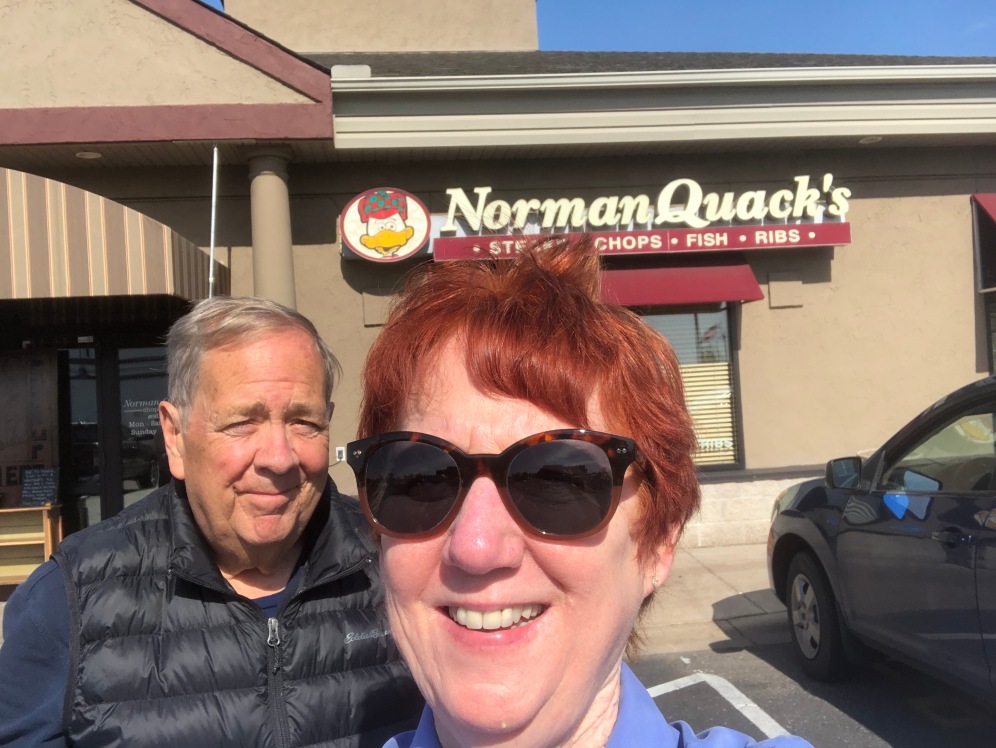 After a couple of hours drive we were nearing Duluth, a port city on Lake Superior in Minnesota so we stopped at the visitor center and overview.  Before leaving home we had watched a video on You Tube by our favorite travel blogger Walter’s World so we were delighted to see the Iconic Aerial Bridge from the overview.  You could actually see the entire city of Duluth sitting right on the edge of Lake Superior, the largest freshwater lake in the world. 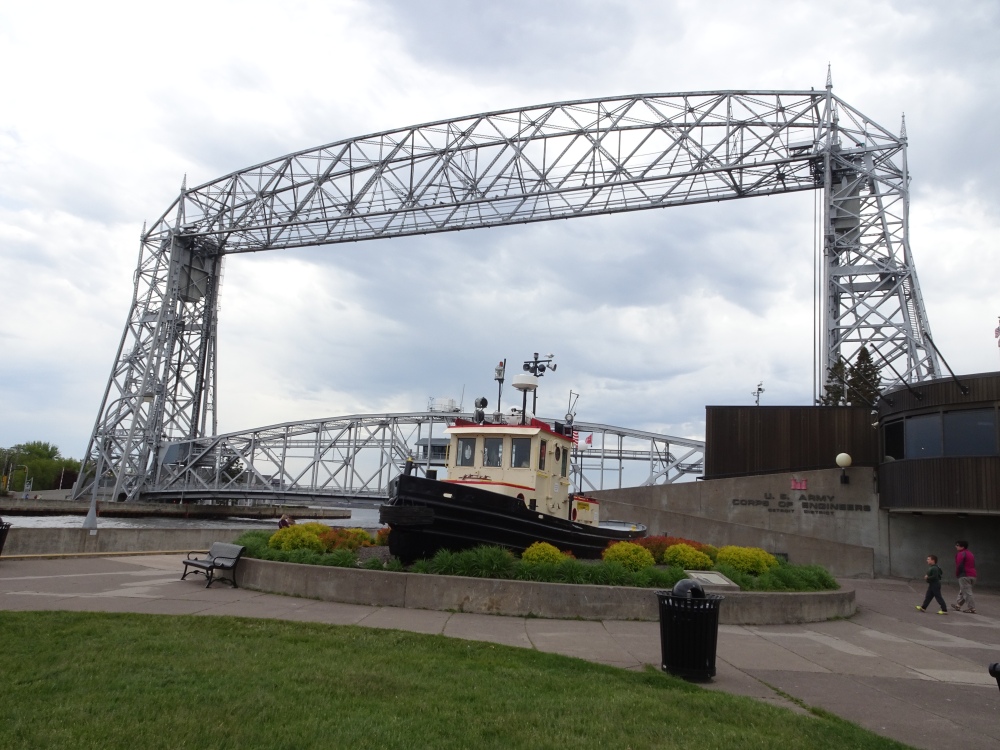 At the harbor entrance we saw these two lighthouses.

And no trip to Duluth would be complete without checking out the William A Irvin Ship.  This ship was a lake freighter, like the Edmund Fitzgerald, that sailed on the Great Lakes as part US Steel’s lake fleet.

After leaving Duluth we traveled north along the shore of Lake Superior where we spent the night in Beaver Bay.   As always, we stayed with an AirBnb Host and we had a marvelous view of the Lake. 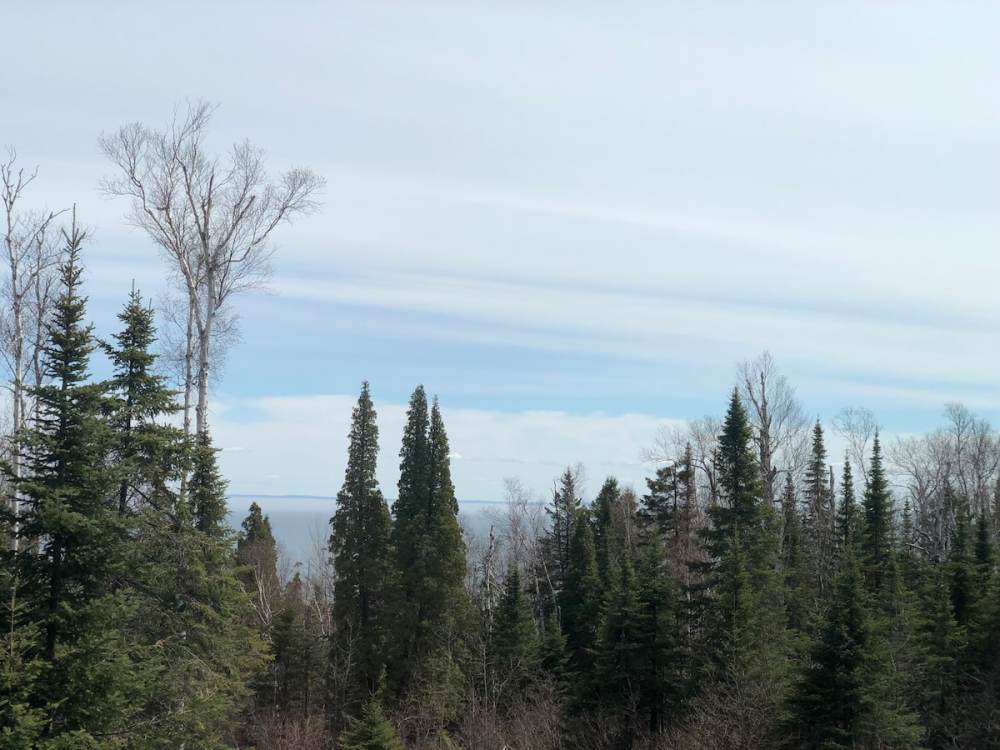 The reason we decided to stay with our host Andy was because he would actually take us out on Lake Superior the next morning.   It was just too sad that the next morning was very windy and the conditions on the lake did not allow us to go out on the boat.  William always loves boating and so of course we must at least show the picture of the boat we intended to explore Lake Superior on.  Maybe next time we can do so.

Instead of boating we ended up spending our next day on the North Shore exploring.  We started out early morning and headed just a few miles north of Beaver Bay to Illgen Falls State Park. 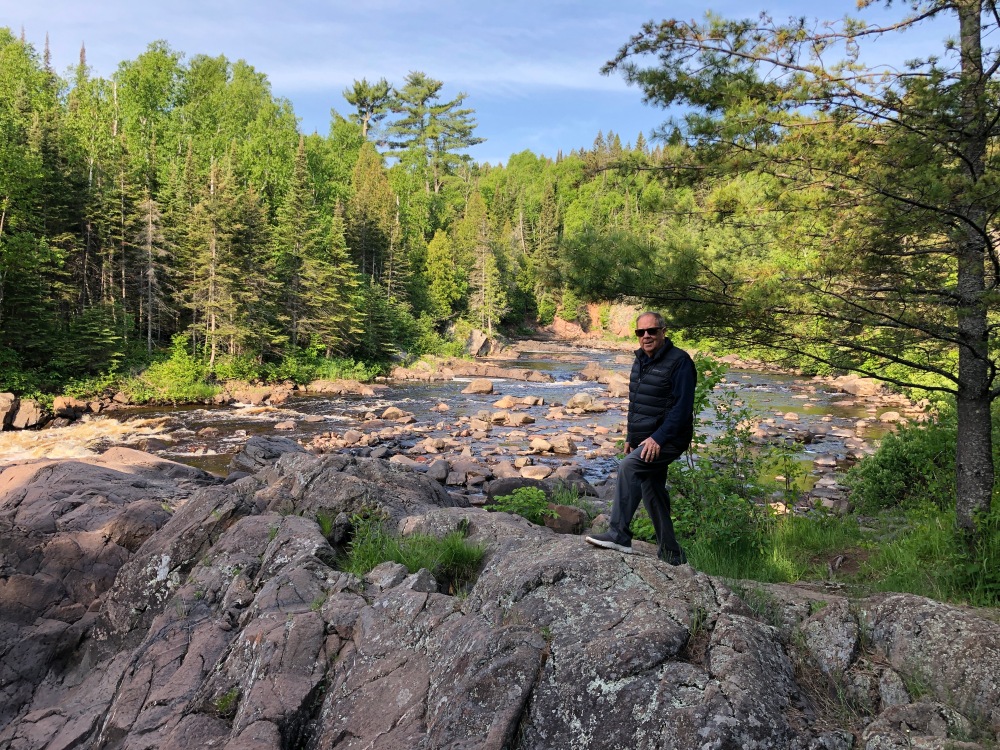 Next stop for us was Split Rock Lighthouse, one of the most photographed icons of Lake Superior.

There were lots of hiking trails and picnic areas in the park and it was a lovely stop for us.  Wish we had packed a picnic basket.

When you visit the North Shore, Betty’s Pies is one place you absolutely cannot miss.  We heard about it from Walter’s World first and also found it on many of the travel brochures for the area.   So after Split Rock Light House we headed to Two Harbors for lunch and of course a slice of Betty’s Pies.

I went for the coconut cream pie and William selected the key lime pie.

But Two Harbors is more than just Pie so after lunch we headed down to the shore.   Here we saw Historic Tug Boats and Trains used to transport Iron. 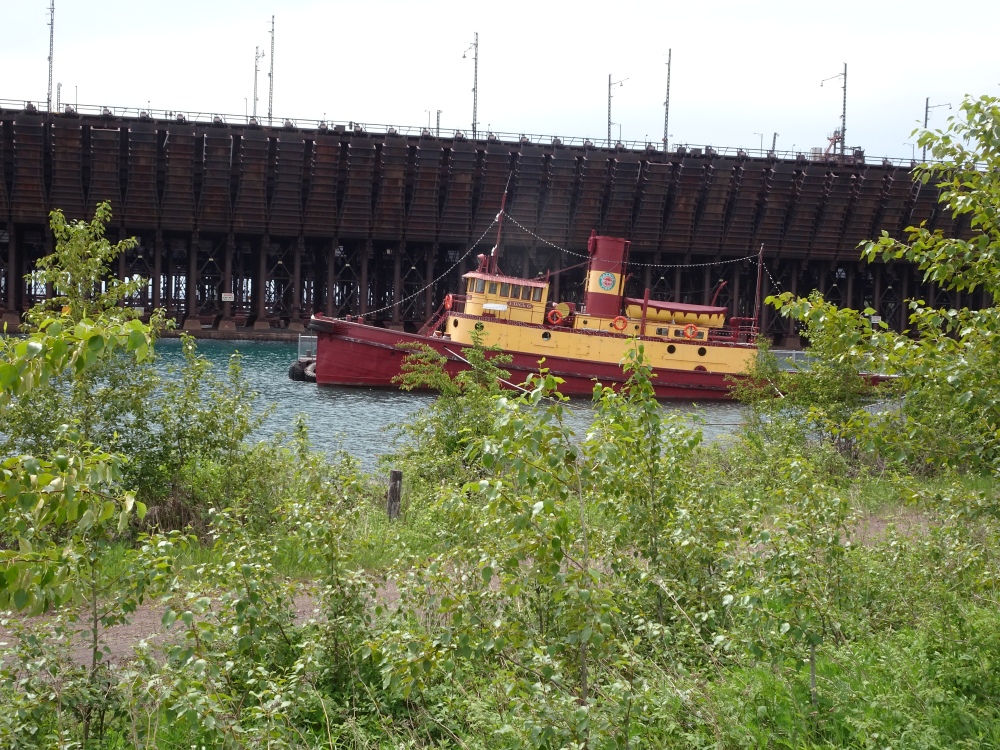 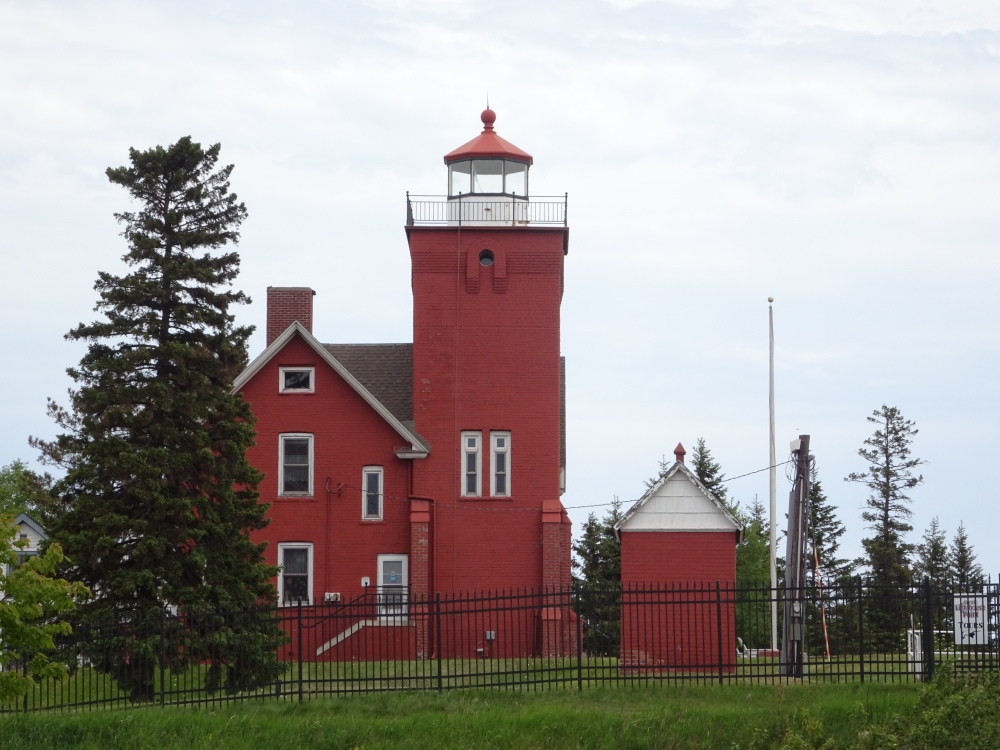 One of the trails we stopped to hike along Lake Superior was actually the old original  road bed.  There was nothing but large stones to keep you from going over the cliff into the Lake.

In the town of Silver Creek we visited Gooseberry Falls.  We could have easily spent most of the day here.  We started our tour of the falls at Middle and Lower Falls.

We spent a lot of time here just walking along the falls and Gooseberry River.  I was really amazed at all the cairns or human-made stacks of rocks on the river banks.

This is the upper falls on the river.  Gooseberry Falls is a must do when you visit the North Shore. 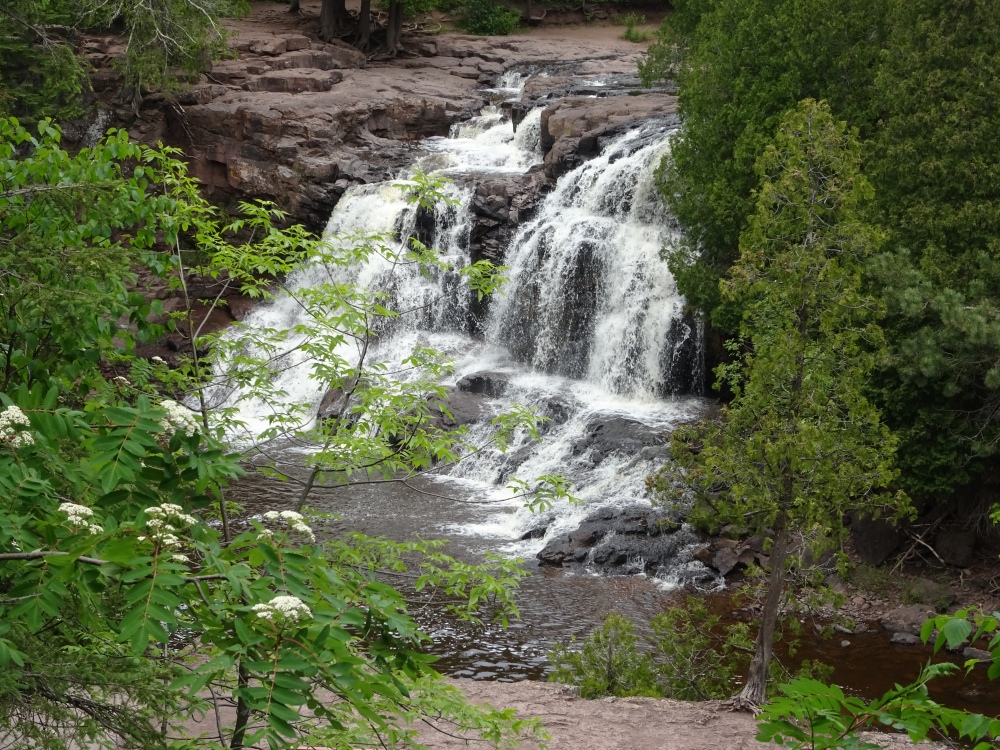 Although Glen Sheen Mansion was not open for visitors we still were able to stop and walk around the estate grounds.  Although a bit smaller than our NC Biltmore Estate it still was quite beautiful.  The view from the steps of the mansion out towards Lake Superior was amazing. 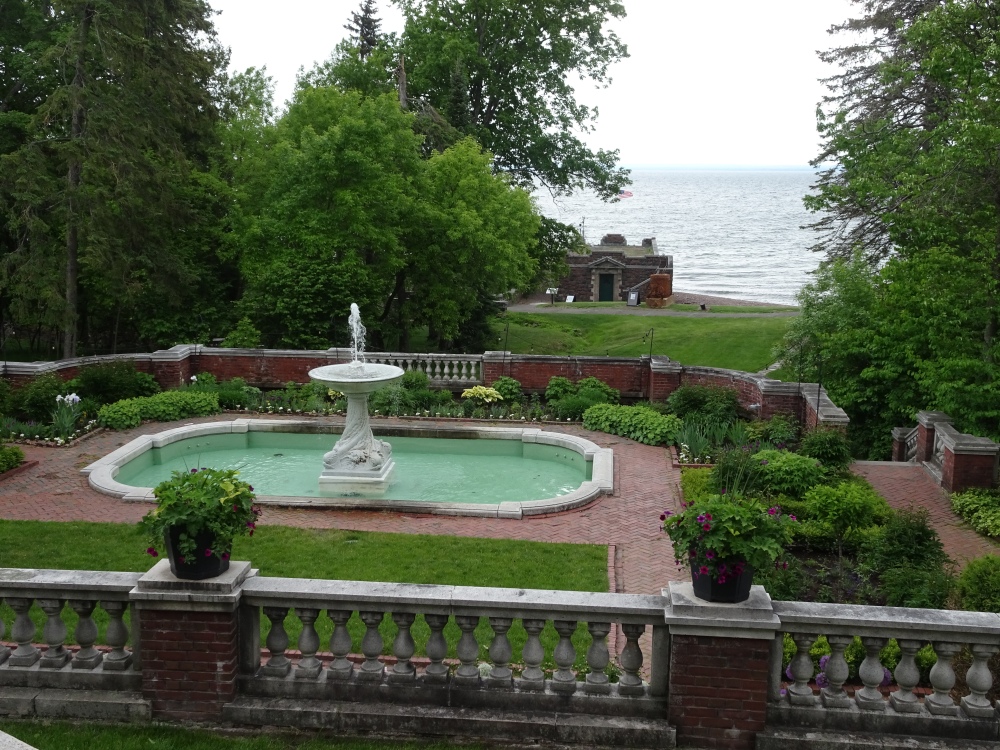 It was very peaceful just to sit and relax on the grounds. 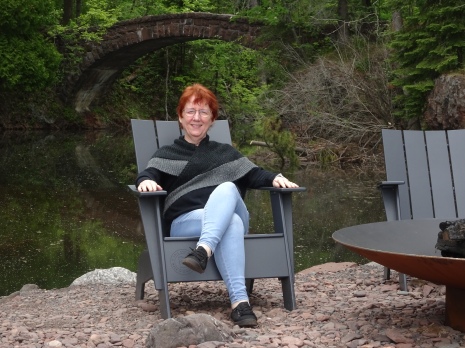 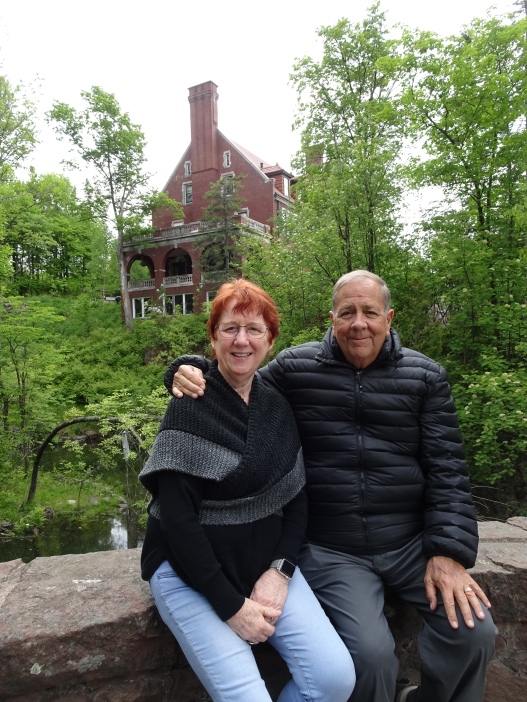 Here are a few shots of the Mansion, the Servants Quarters, and the Boat House. 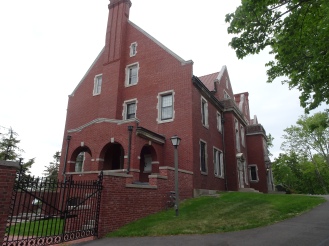 As we left Duluth continuing south we stopped to see a couple more waterfalls.  Here is Big Manitou Falls.

And our last Water fall for the day was Amnicon Falls.

And as we traveled toward Rochester, our destination for the evening we just happened to pass by Minnesota’s last remaining historic covered bridge.  It is located about 20 miles south of Red Wing in the town of Zumbrota.

This was a wonderful way to end our trip to Minnesota’s North Shore of Lake Superior.