Why Bologna you might ask.  The main reason is we couldn’t get an airline ticket to Athens from Rome.   Seems the airport in Rome is doing some major renovation this week and our route to Greece would be through Bologna.  We did a little research and found out that Bologna would be a nice place to visit as well.  First and foremost for both of us was “Ragu”.  Bologna is know for it’s rich food and it is where Ragu Bolognese was first made – a rich meat based sauce served with pasta.

We haven’t really focused on the foods of Italy during our travels so far but you can be assured that the local cuisine has certainly been a prominent focus each day.  This morning as we headed out to explore the city we found shop after shop in the market district that made quite an impression on us.  It was going to  be difficult to select the best place for dinner.  The shop not only sold the fresh, veggie, meats, cheeses, and breads, they also prepared them for your meal right there in the shop.

These two pastas are the traditional Bolognese hand made pastas and will be our choice for dinner tonight!  For our early morning snack we selected fresh parmigiana reggiano cheese and the traditional loaf bread the cheese is served with.

Now of course there are other things to do in Bologna.  We did not know that Bologna at one time had over 100 watch towers. Each rich Nobel Man would try to build higher than the other one.  Today only two are left AND they lean more than the tower in Pisa.  So why is the Leaning Tower of Pisa better known?  The answer is simple.  The Leaning Tower of Pisa is made of marble and is Beautiful.  The towers here are made of bricks and were not built for beauty. 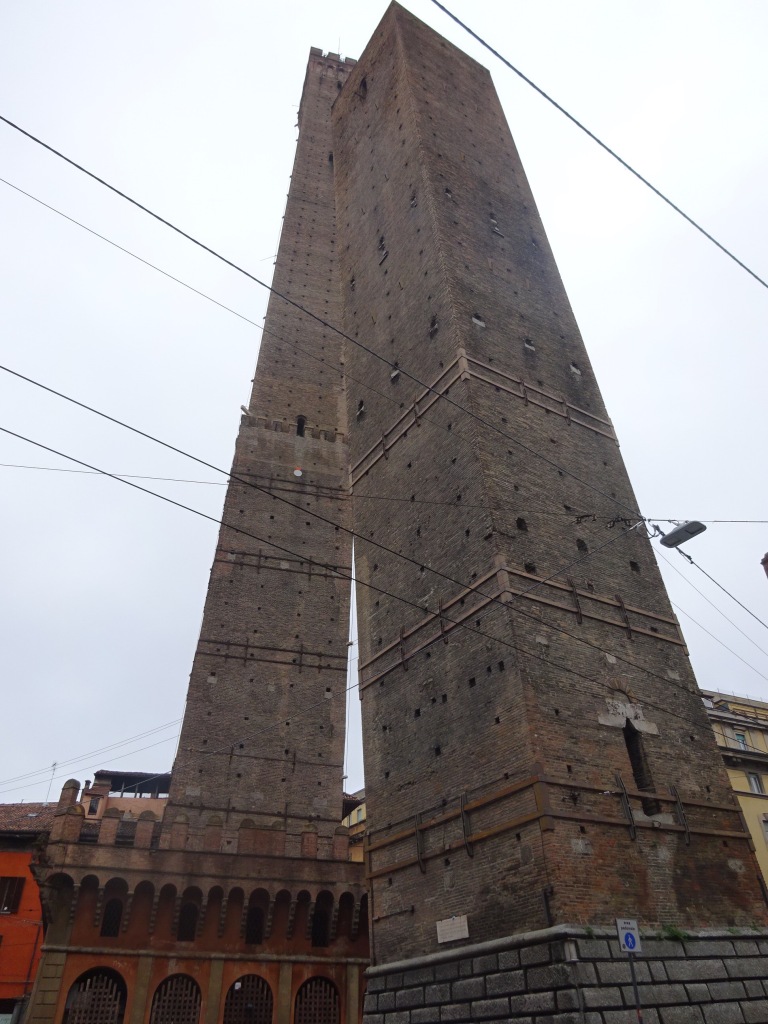 While you might think all those wires are supporting the towers, they are not.  All the buses get their electric power through them.  How the towers remain upright I do not know.

Another interesting fact is the city has a network of porticos or arched coverings running for miles connecting every building in every square.  Even on a rainy day you can walk everywhere and not get drenched.

As with every Italian city there are Churches.  Here is the Basilica of San Petronio, found in the main square of the city.  (And that awesome market I showed you earlier is just to the left of the church down an old alley in the midevil part of town).  This basilica looks strange to me compared to other churches we have seen because only the lower portion is marble.  Inside the church is absolutely georgeous though, almost as nice as St Peters in Rome.  Photography is not allowed inside though.

And this is Basilica of Santo Stefano. 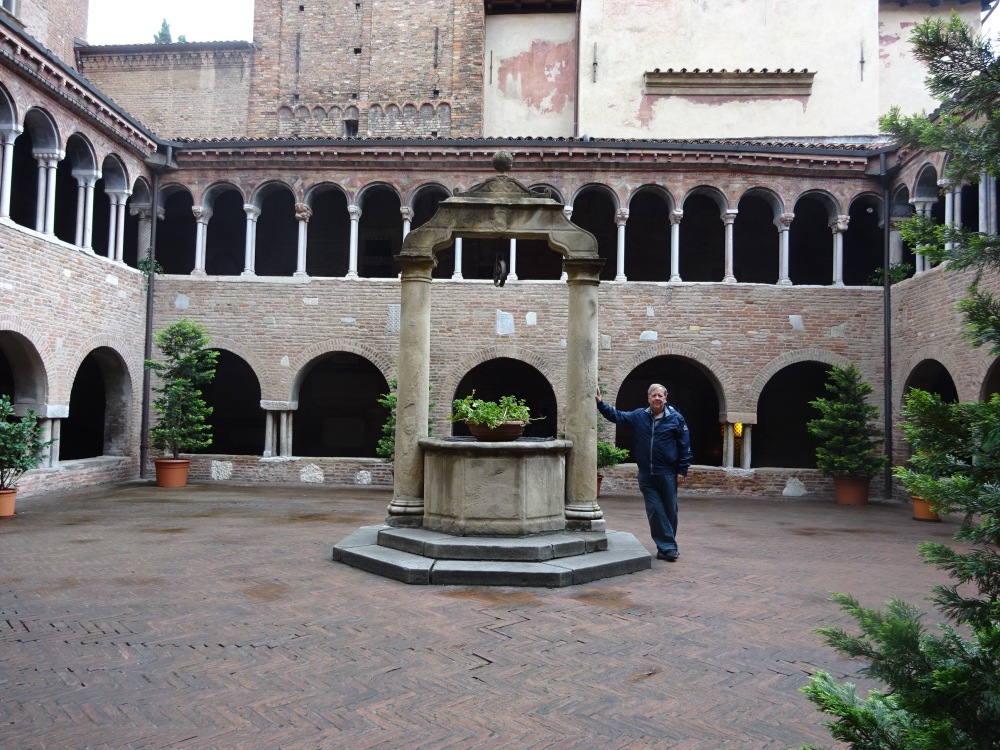 There is so much to see and do in Bologna.  I haven’t even told you about the Fountain of Neptune, the Ducati Motorcycles, the first University in the world,  the short drive to Modena and the Ferrari Museum, the hidden canals, and the fashion boutiques.  Nor have I told you about our awesome Airbnb Apartment.  However dinner is calling us now and we must go.