For our last day in Cuba we decided to go to the mountains to see  Topes Sendero Vegas Grande or as we called it The Great Valley of Death.  Our taxi driver took us up the short but  very steep road into the mountains and stopped at the top where there was a look out tower.  We had the views of the mountains below and in the background we could see Trinidad and the ocean. 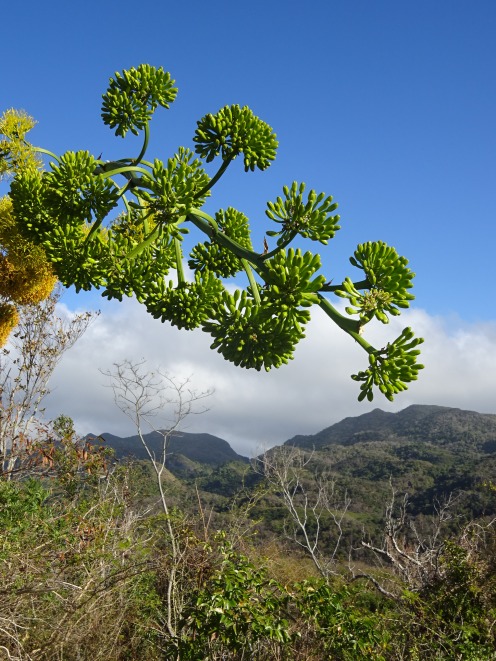 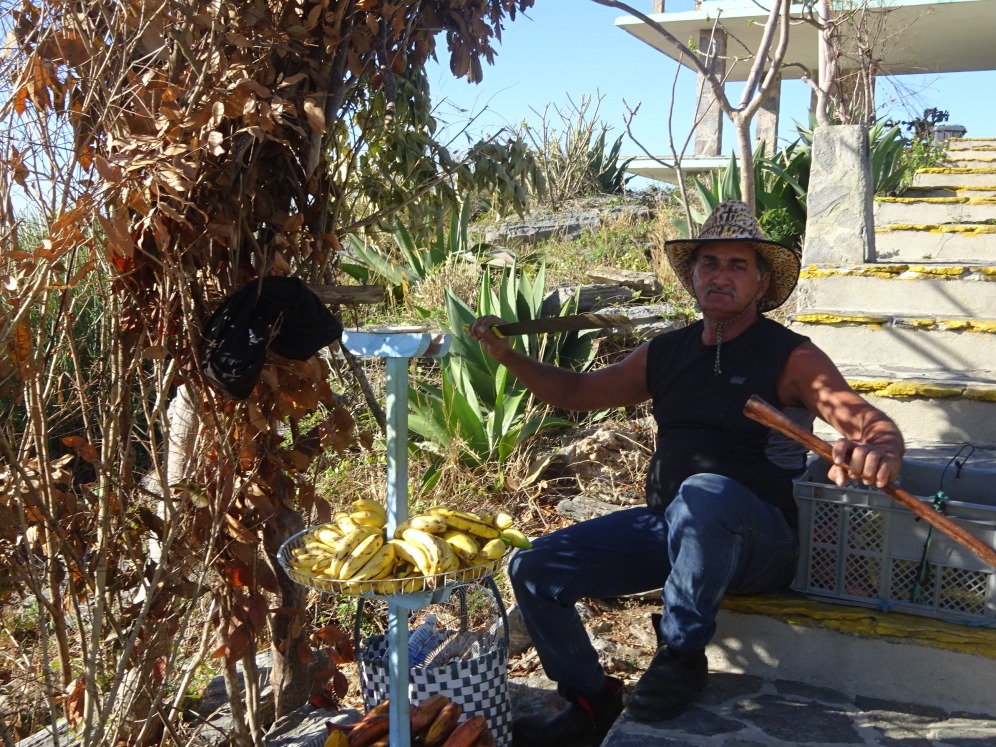 This Cuban farmer who posed for the pic with his machete sat near the top of the lookout selling fruits to the tourist.  I bought a bunch of bananas which are much smaller than what we get at the grocery stores in the US but oh so much sweeter.

We also met Linda Rodgers here.  Linda was originally from Texas but had lived in Ecuador for the last ten years.  She told us she lived there like a queen, with servants and buying anything she wanted on about $1500 a month.  She loved it there.  Could it be our next adventure?

Our next stop in Topes National Park was the path to the waterfalls – Sendareo Vegas Grande.  The sign clearly indicated that the hike was moderate but I am here to tell you that it could have been considered  moderate only if you were an athlete accustomed to climbing the stairs in your 70 story high skyscraper.

The first mile and half of the hike into the forest was moderate and we enjoyed the easy walk listening to the birds and meeting new people along the way.  Here we met a tour group from Virginia. 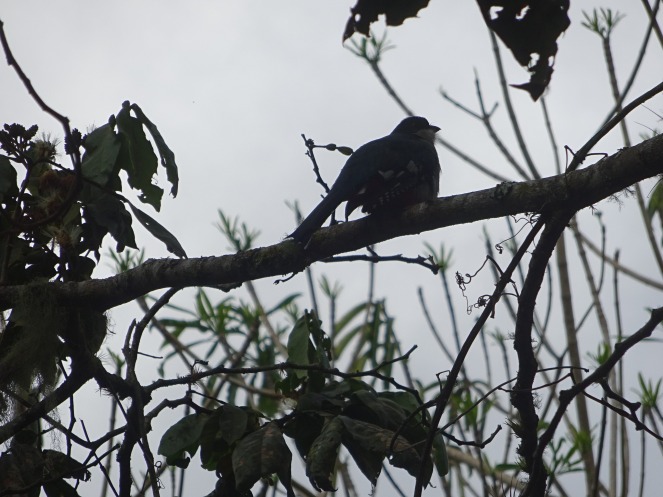 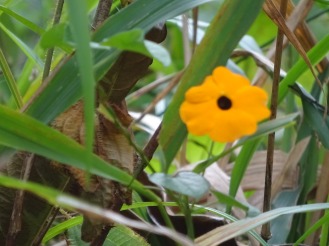 Once we made it to the “photo viewpoint”  the trail became an extremely steep descent for about another mile. 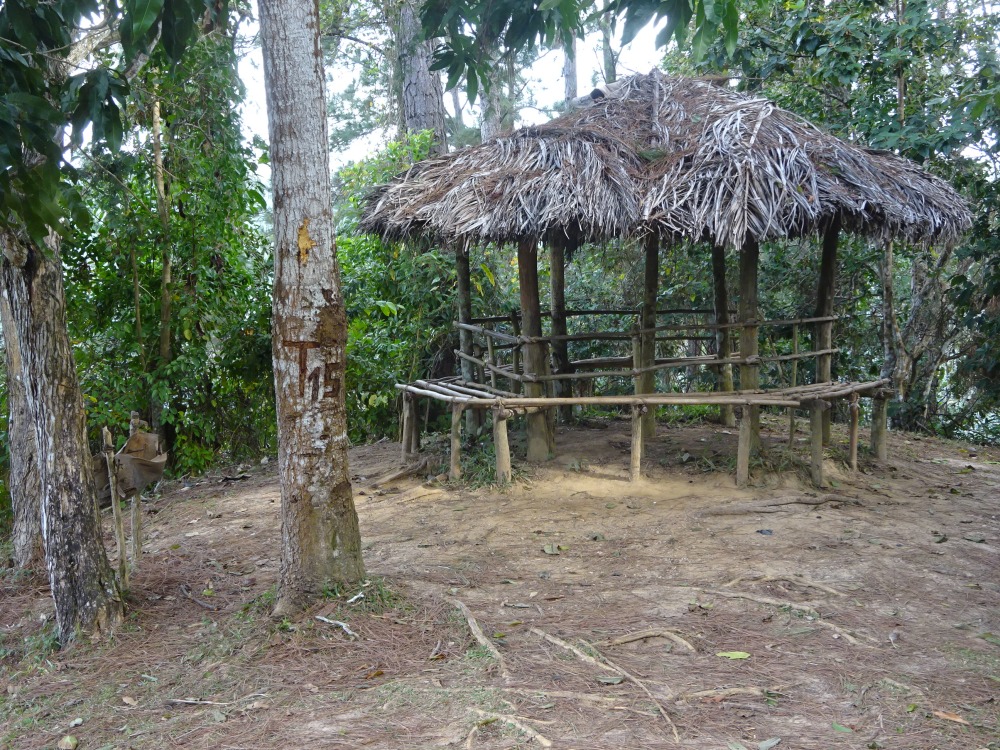 The hike down did have an awesome reward though.  The waterfalls were beautiful.

I think it is important to note here that my husband William complained about the $20 entrance fee charged to go down to see the waterfall but for some strange reason he made absolutely no complaints at all for the fee to ride the horses out of the forest. 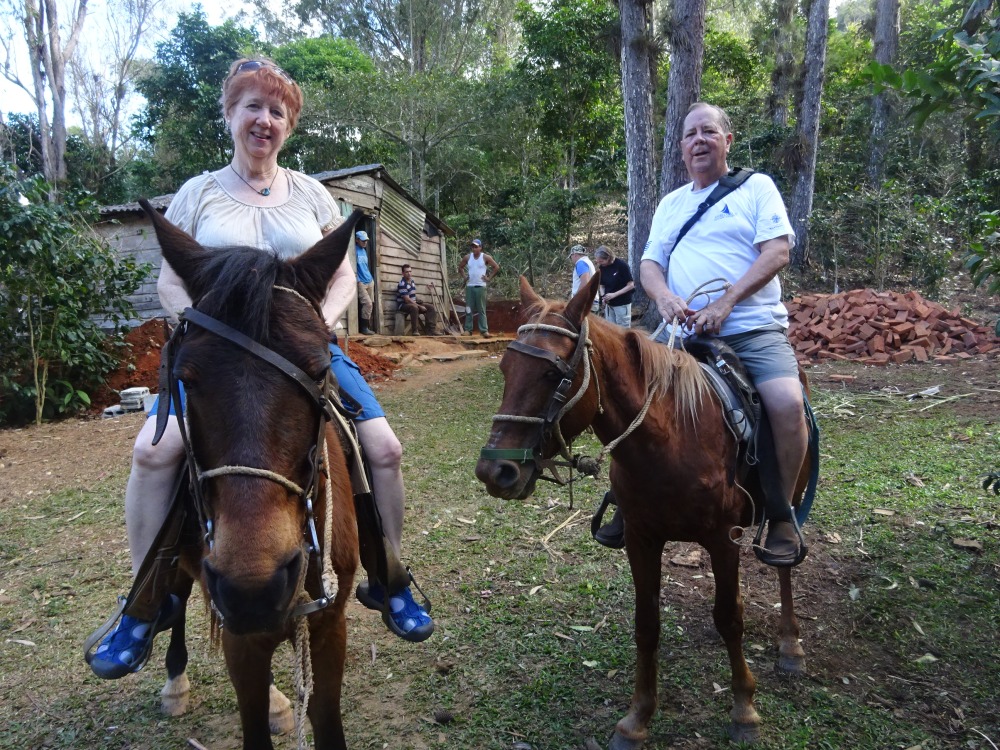 We fondly named our horses.  Mine was Cafe Azucur (Brown Sugar) and William’s horse was Dolce Papa (Sweet Tater).

Our taxi driver was waiting for us when we arrived at the park entrance and he then took us to a coffee plantation.  Here are few pictures showing the coffee beans and how they are processed. 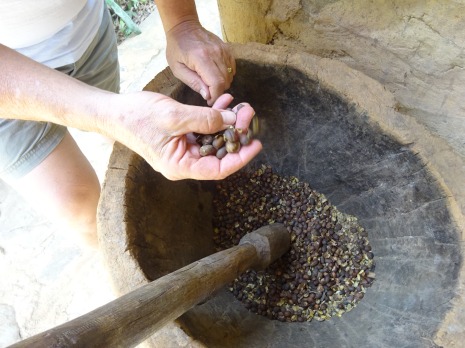 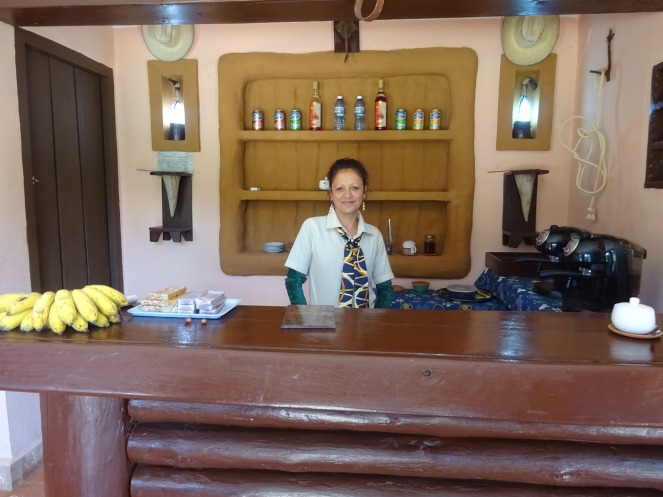 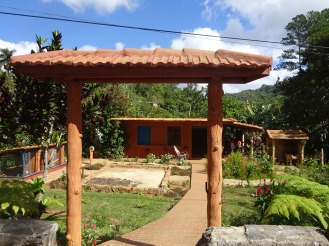 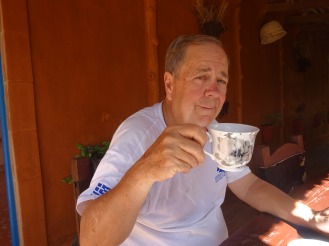 Once we returned to our Casa we  enjoyed a walk down to the harbor just to look at the boats. 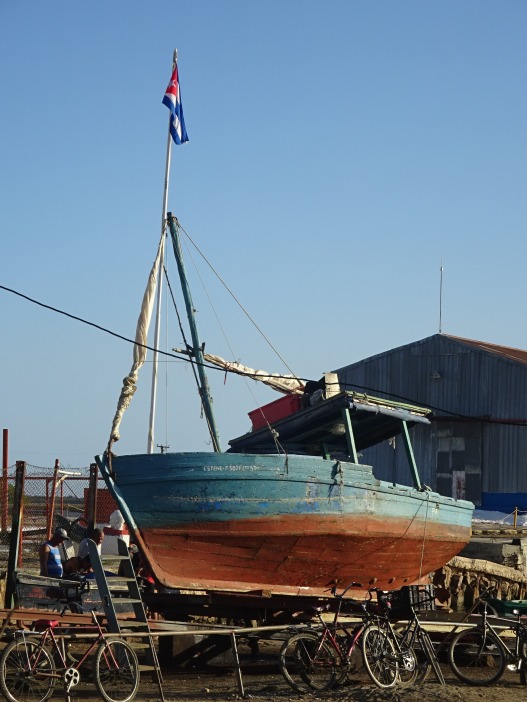 Visiting Trinidad and it’s surrounding area was certainly one of our highlights to the Cuban educational experience.  From here we would head back to Havana for our flight back home to the US.

If we had it to do over again, we would spend less time in La Habana and more time in Vinales and Trinidad.  We found the real treasure of Cuba to be the Cuban people themselves.  We would recommend a visit to Cuba for all those interested in history and adventure. 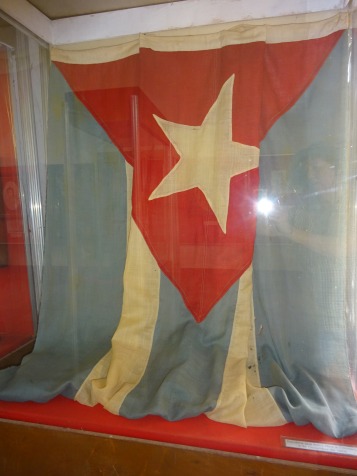 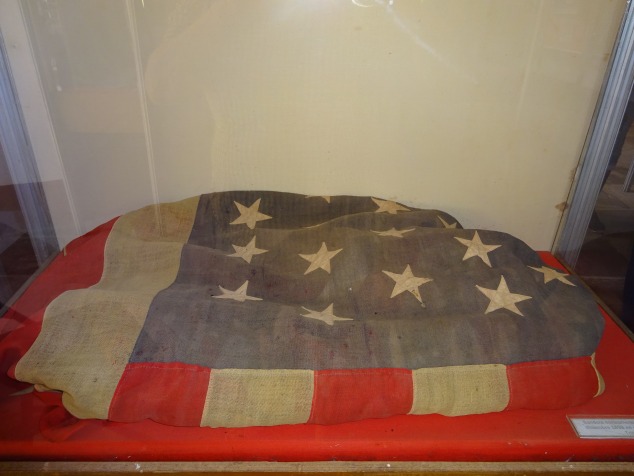