William and I watched a whole lot of Rick Steve’s videos before starting out on our travels to Europe and there was one place we saw that captivated my heart.  It was a theatre where the acoustics were so good you could hear the voices from the stage even at the very top.  The only thing is that we saw so many Rick Steve’s clips that I couldn’t remember exactly where it was. After seeing the theatre in Greece at the Acropolis I assumed I had seen it but today we found the one I had seen in the video before coming – The Theatre of Epiduraos.

This theatre is the most perfect and renowned monument of its kind.  The acoustics were superb.  I could hear William’s normal volume voice all the way at the top.  And when you spoke from the middle of the stage you could actually hear your voice be amplified.  It was built in the 4th century BC and is still being used today for special performances.
There were other archaeological finds and ruins at this site which I can share but it was the Theatre that was so impressive to me. 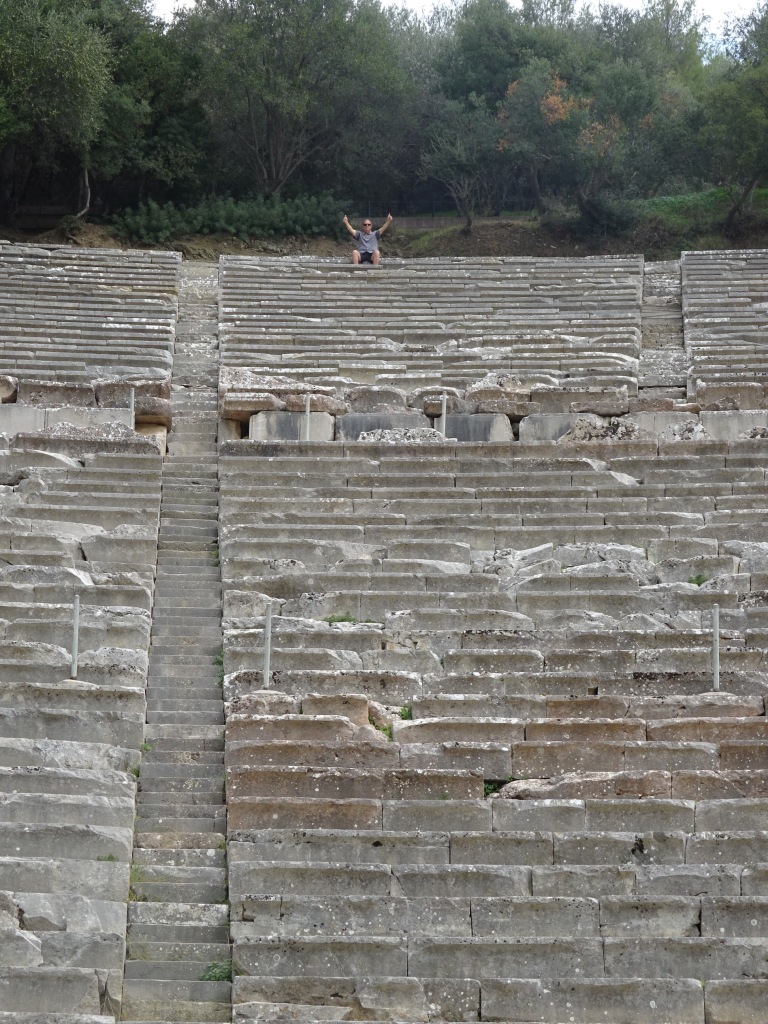 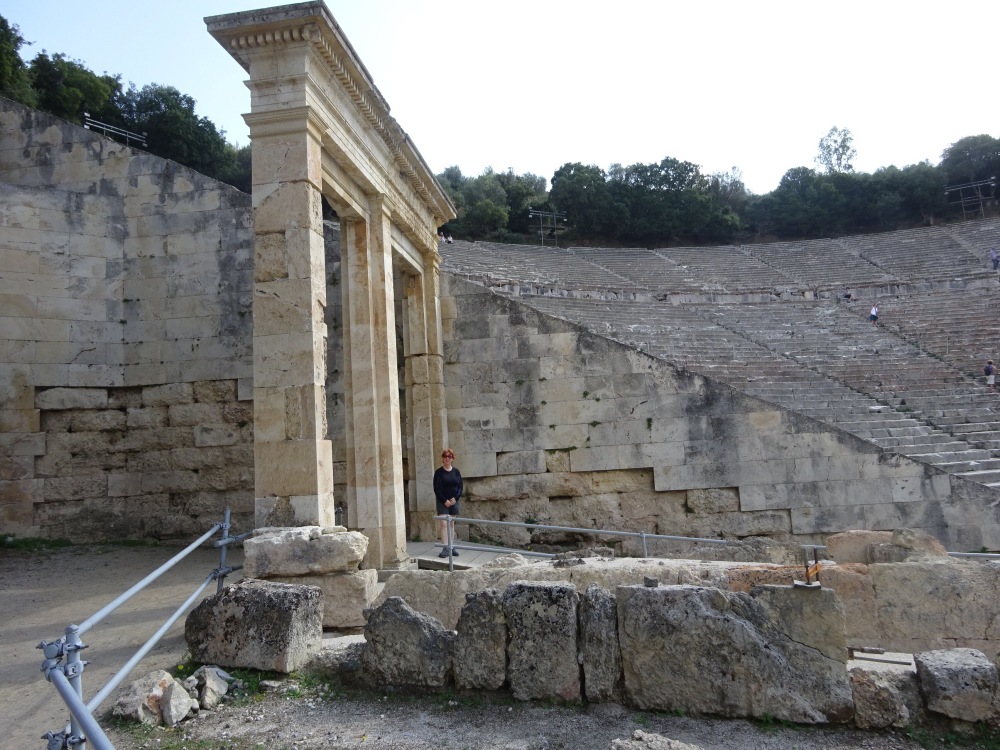 The Airbnb home we rented for Nafpoli was the best one so far.  Not only was the apartment so nice but the Hosts were so caring and interested in making sure we had a good visit to their home town of Nafpoli.  By far the best experience we have had with Airbnb.

Nafpoli was originally the capital of Greece.  Today it is one of the most visited cities in the Greek Pelopenese.  It is a busy sea port and serves as a good home base for visiting the many archaeological sites in Greece.

It also has the Fort of Palamidi built in the 1700’s which stands at the top of the city. 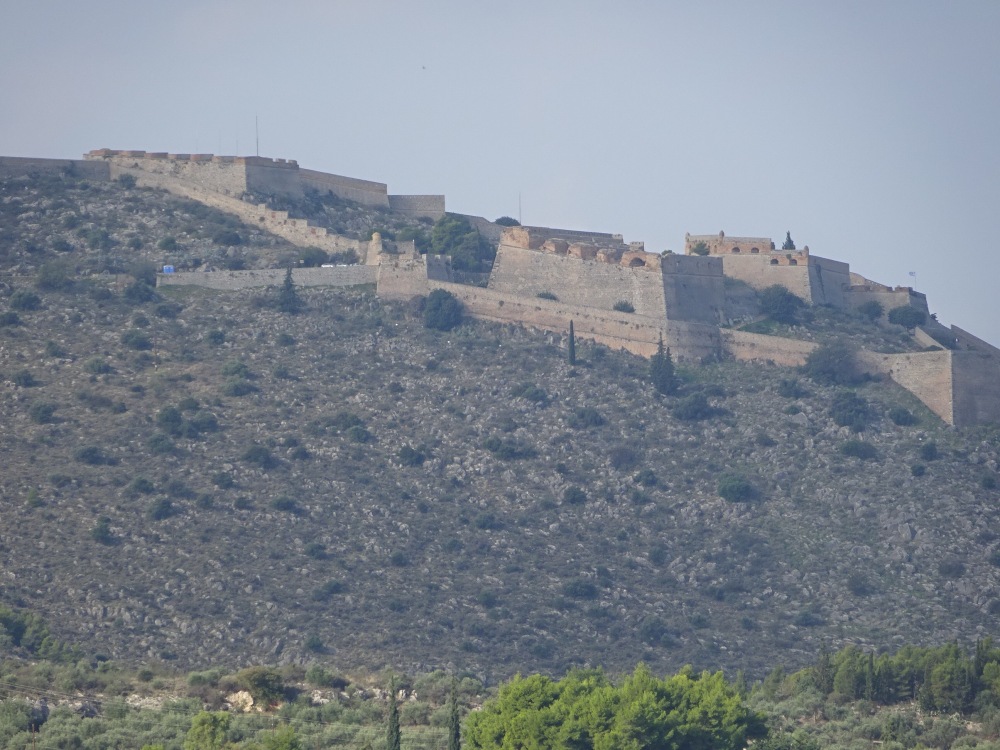 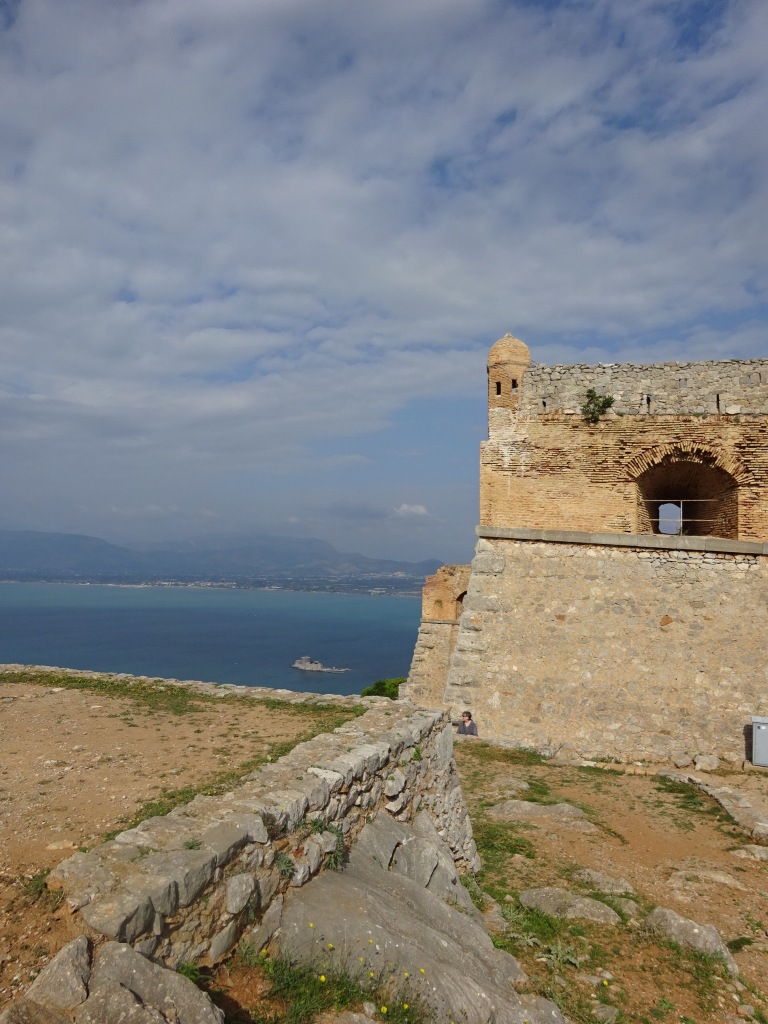 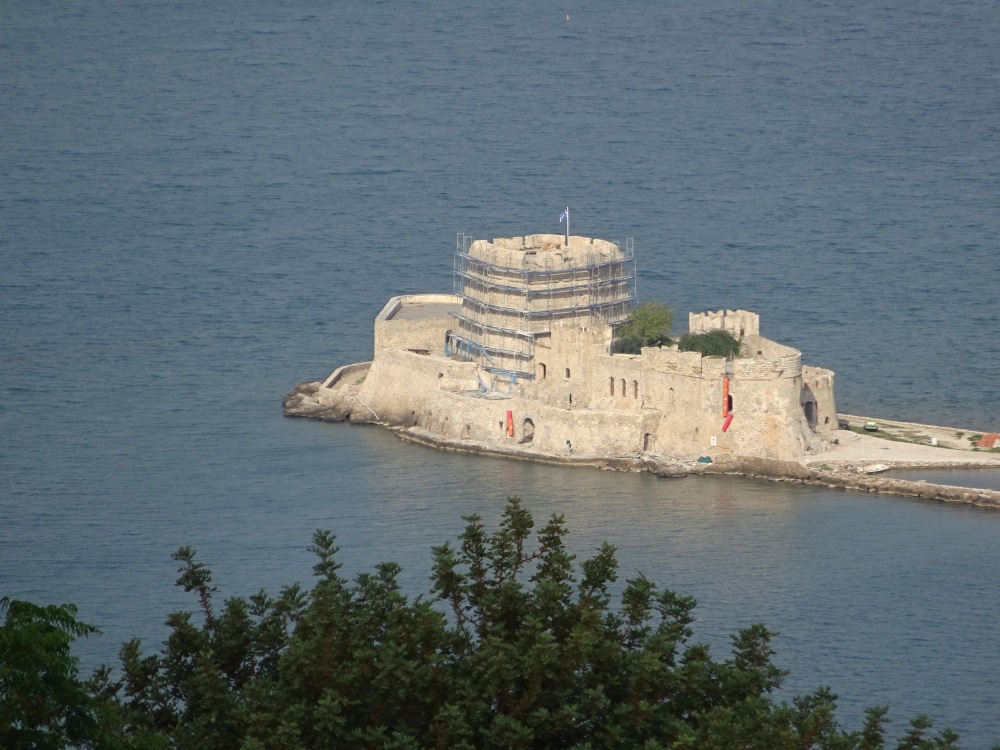 Getting around in the Pelopenese cannot be done solely by train transportation as we did in all of Italy so for the very first time during our travels we are renting a car.  William wanted the Ferrari and would have settled for the Audio 300 that Avis would have gladly upgraded our reservation to but knowing how narrow the streets here would be, we opted for this small  Nissan.  Leaving Athens with speed limits up to 150KM made us feel like we were in Germany on the Autobahn (with no Stahls). 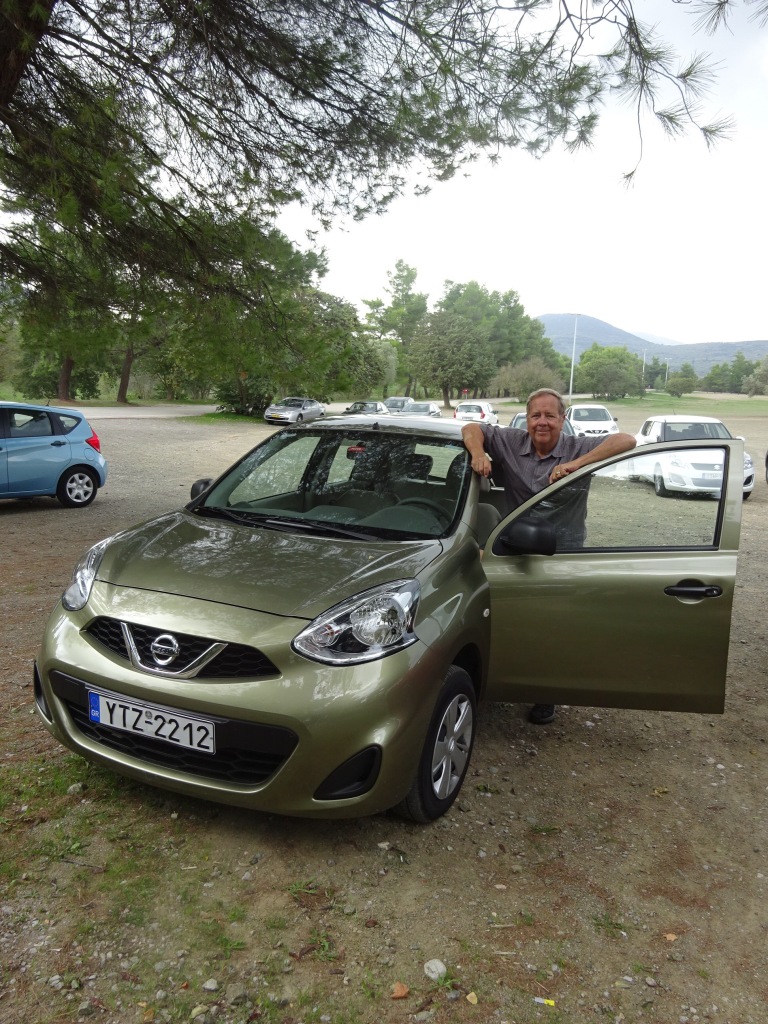 Having a car is both an asset and a liability.  It is nice to not have to be on a schedule to catch a train but it is difficult finding our way around on our own.  It does give us a freedom though and we are ready for the challenge of going it alone.