Our collective taxi, one that would pick us up and then “collect” others to ride with us, was scheduled to pick us up at 2:00 PM for our transportation to Trinidad.  We had plenty of time to continue to explore Old Havana.  The streets were alive with people so we snapped several pictures to share with you. 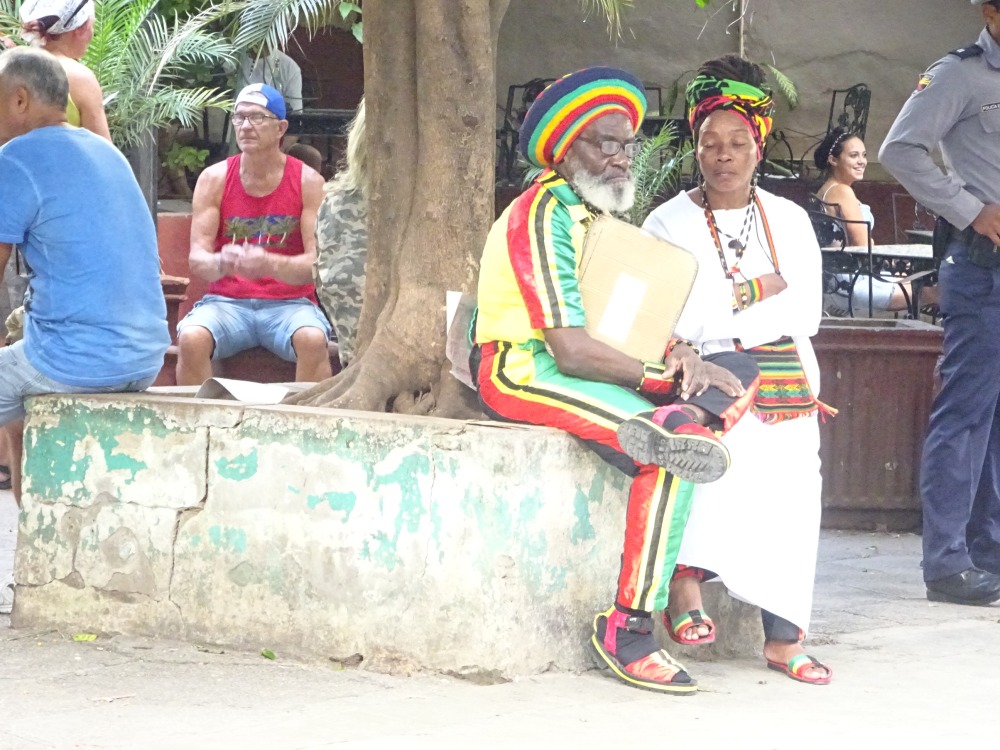 We ran into this little Cuban band and stopped to listen.  The Cuban music has it’s own unique beat. 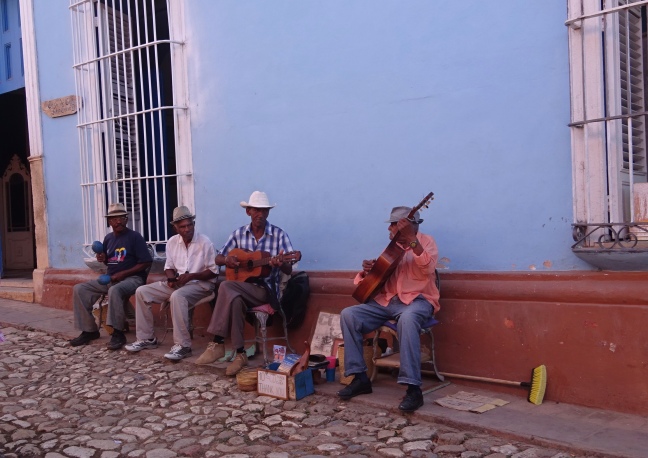 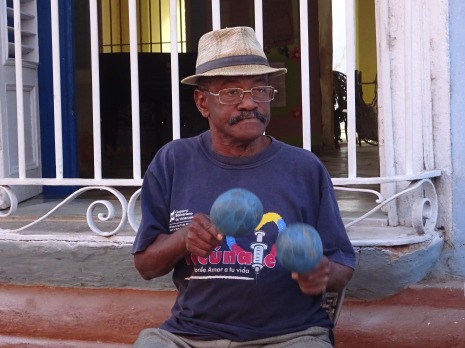 Then of course we met the cigar smoking Divas 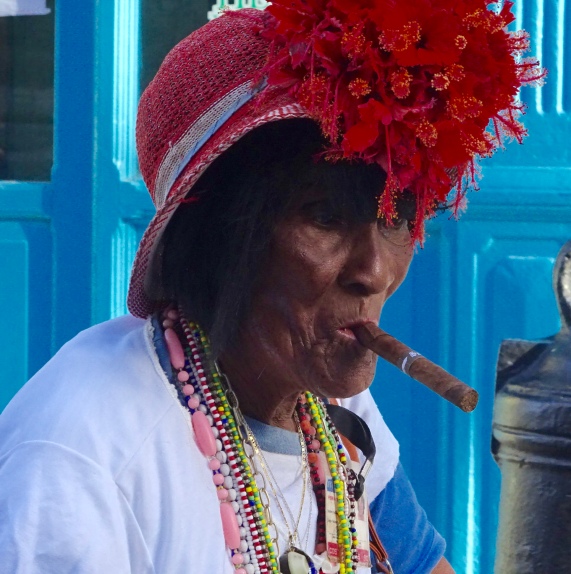 And we loved seeing the fishermen.

The ocean waves and the Malecon just seem to pull people there to relax. 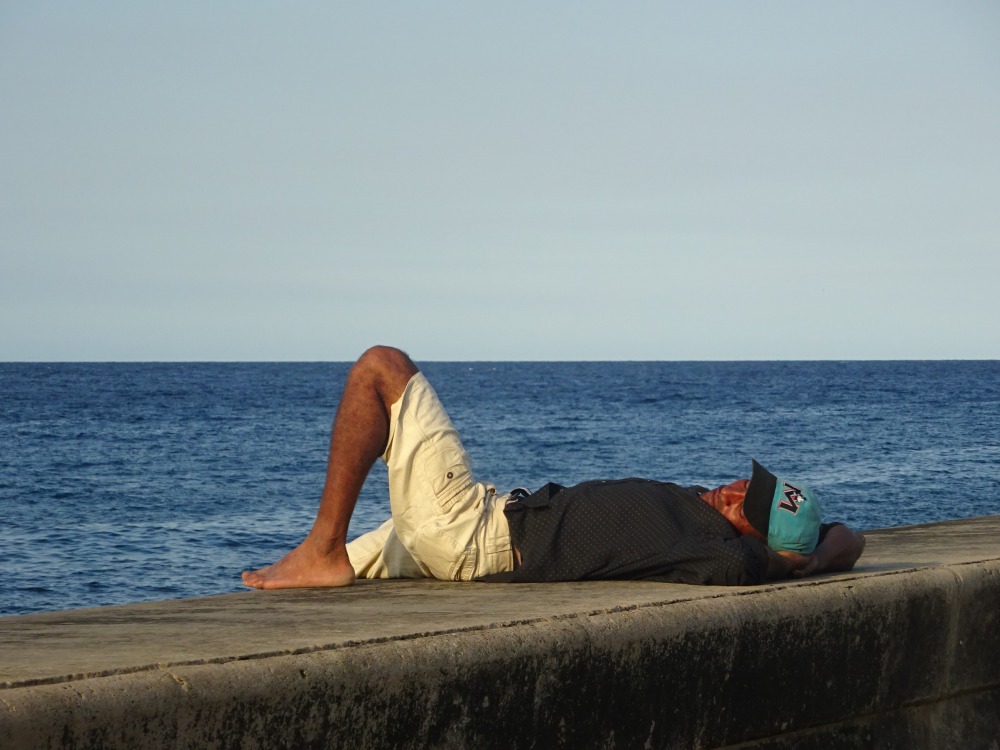 Our taxi did not arrive until 2:45 to pick us but finally we were on our way to Trinidad, a four and half hour trip.  But we were just happy to finally be on our way.  We loaded up and drove less than a quarter of a mile to pick up the other two people who would be riding with us to Trinidad. 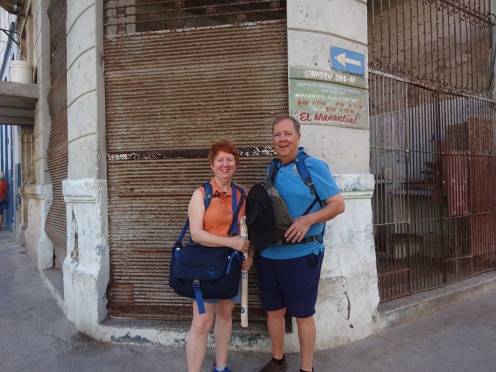 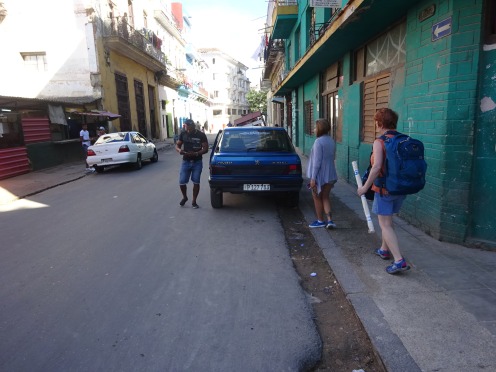 There was just one problem.  They were a party of four and we had room for only two more people.

They were two young California sisters and a couple of their friends.  They didn’t want to separate their group and they were hoping we would agree to let them take this taxi and we would catch the next taxi.  We did not want to give up our ride so we all waited for that next taxi to make sure the guys actually got the ride to make it to Trinidad also.  We waited 2 1/2  more hours.  Finally the two girls rode with us and the boys came right behind us in another taxi.   I enjoyed getting to know the girls, Christine and Catherine Tran as we rode to Trinidad even though we arrived at our new Casa Particular in Trinidad around 9:30 that evening. 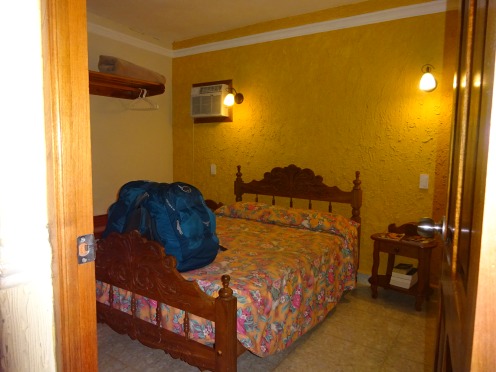